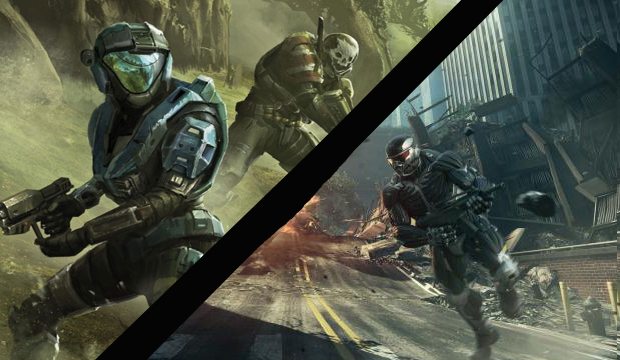 For months gamers have waited and wondered what Crytek would bring with their second installment in the Crysis series.  And most recently those same gamers have likely gotten their short term fix with the Halo Reach beta ending just weeks ago.

But now that we have had a chance to see both of these games in action it’s only fair to put them side by side.  After watching the video below it’s not easy to declare a winner on one side or the other, but for anyone that’s playing FPS in the Fall of 2010 you are in for two of the best FPS experiences around, if the recent gameplay videos are to be anything like the final product.