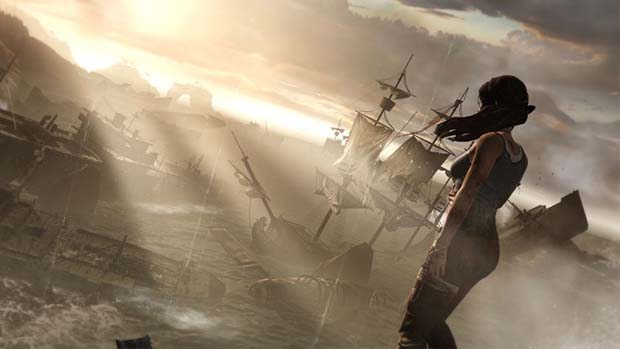 Square Enix and Crystal Dynamics’ highly anticipated Tomb Raider reboot is till a lengthy eight months away from release, and to make that wait even more painfully longer for fans itching to get back into the boots of Ms. Croft, Crystal Dynamics’ global brand director Karl Stewart hinted that the development team is turning the game into its own series.

He continued by stating that the goal of 2013’s Tomb Raider is to mold Lara into the lethal adventurist that gamers have come to know and love over the years.

“At the end of this game we want her to be that strong female character that is willing to go and seek out mysteries and seek out tombs,” he said. “She’s going to be going to plenty of tombs in this game, but we’re going to have somebody who wants to go on that adventure, who wants to be the person that she now is. That’s the goal.”

From what we saw at E3, Tomb Raider is posed for a big return with an updated shooting and cover system, gorgeous visuals, new climbing mechanics, and even a few quick-time events thrown in here and there. The franchise’s latest installment is undoubtedly an “origins” story, following Lara as she struggles to become the merciless gun-touting heroine we’ve seen in previous games.

If you’re looking for a more in-depth look at Lara’s morbid, yet very epic transformation, be sure to check out our Tomb Raider E3 preview as Square Enix took us behind the scenes at their booth.