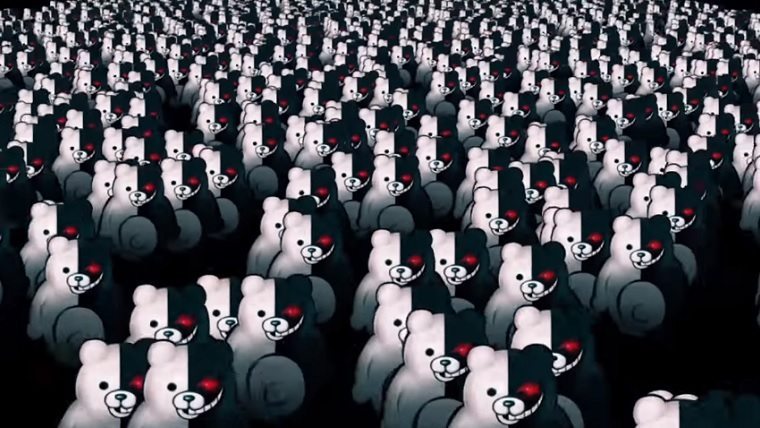 While we’re still without a release date for the third main entry in the Danganronpa series, NIS America has announced that they will be bringing the first two games to PlayStation 4 next year. They will be released together in one package called Danganronpa 1•2 Reload, which will apparently be launching in the early part of 2017.

Here’s a brief breakdown of each game provided by the publisher:

“Get two of the best murder-mystery adventures in one! Whether you’re trapped in school in Danganronpa: Trigger Happy Havoc, or stranded on an island in Danganronpa 2: Goodbye Despair, you’re sure to have a thrilling time!

In Danganronpa: Trigger Happy Havoc, enter Hope’s Peak Academy, a prestigious high school reserved for the nation’s “ultimate” students. Things get a bit twisted when the academy’s students find themselves trapped inside with Monokuma, a maniacal bear who has taken them all prisoner to play his deadly game of despair.

Continue the adventure in Danganronpa 2: Goodbye Despair with a brand new cast of Ultimates. Mysteriously trapped on Jabberwock Island in their own life-or-death game, having fun in the sun with this twisted teddy requires more than a bit of wit to survive.”

This is great news for those who were interested in checking these games out but didn’t have a PS Vita, as that was previously the only way to play these games. However, seeing as the third entry in the series is set to launch on both PS4 and PS Vita it only makes sense to have all entries be available on all platforms.

Danganronpa V3 is set to launch in January 2017 in Japan, though it currently doesn’t have a release date in other regions. You can check out the announcement trailer for Danganronpa 1•2 Reload below.