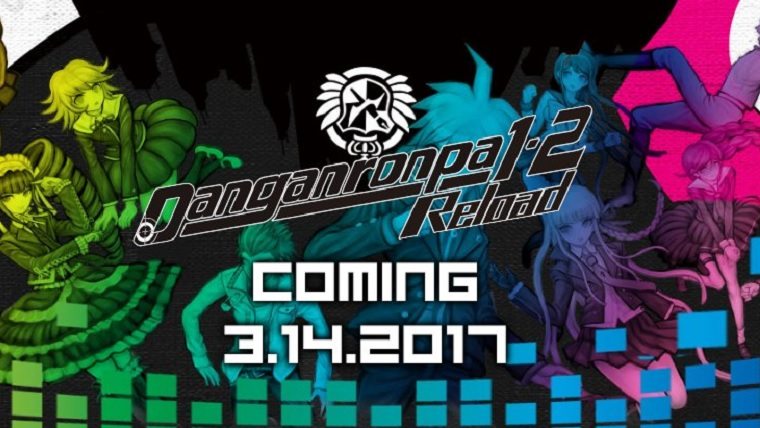 We recently learned that Spike Chunsoft would be re-releasing the first two Danganronpa games on PlayStation 4 next year as Danganronpa 1•2 Reload, though now we have the official release date. The collection of games will launch on March 14th, 2017, bringing both games to a home console for the first time.

For those who don’t know, the Danganronpa games are murder mystery visual novels where a group of classmates are trapped in an area by an evil bear named Monokuma. In order for any of the students to escape, one of them has to commit murder and then get away with it in the resulting trial.

Both of these games originally launched for the PSP in Japan only, though within the last couple of years they were localized on PlayStation Vita. Both games were very well-received, which lead to a spin-off being released last year called Danganronpa Another Episode: Ultra Despair girls.

A third game in the series is also expected to come out next year, though an official release date has not yet been announced.