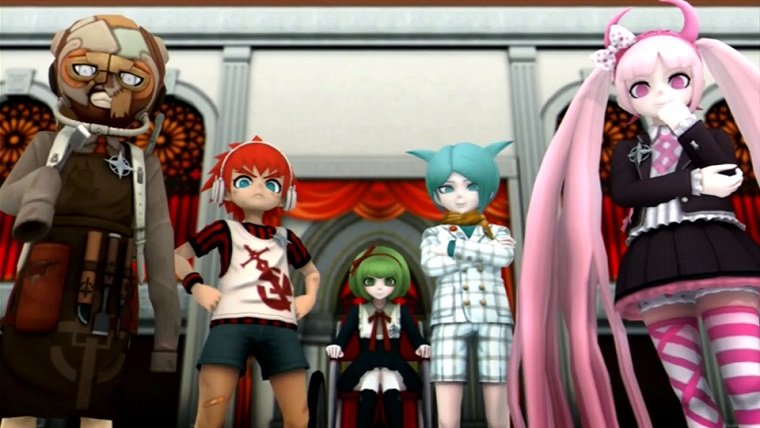 2017 is going to be a big year for the Danganronpa series, with the first two games being re-released on PlayStation 4 and the third entry in the series debuting later this year. Today marks yet another big announcement for the series, as the spin-off called Danganronpa Another Episode: Ultra Despair Girls will also be coming to PlayStation 4 on June 27th.

Danganronpa Another Episode: Ultra Despair Girls is actually the most recent game in the series, despite it being a spin-off. The game is set in between the events of the first two games, and stars the sister of first game’s protagonist. The biggest shakeup comes by way of the gameplay, which is that of a third-person shooter rather than a visual novel. The following is a synopsis:

“Komaru Naegi, little sister to Makoto Naegi, has been imprisoned inside a mysterious apartment for over a year. One day, she is rescued by Byakuya Togami of Future Foundation, but the rescue is derailed by a sudden attack of hundreds of Monokumas. Komarusoon discovers that the city has been taken over by a group of children calling themselves the Warriors of Hope. Their leader, Monaca, declares that the city will be the site of a “children’s paradise,” and to accomplish this, all the adults will be exterminated. Komaru teams up with Toko Fukawa to try to survive the rampaging Monokumas, escape the crafty Monokuma Kids, and uncover the secrets of the city.”

It will be the release of Danganronpa 1•2 on PS4 that starts off the big year for the Danganronpa series, with that collection of games launching on March 14th, 2017. The third game in the series is called Danganronpa V3: Killing Harmony and will also launch on PS4, though it does not currently have a release date. However, judging the release dates of the aforementioned games, it seems as though a Fall 2017 release is likely.