Dark Souls 2 being treated like a massive AAA game

The latest news in the world of video games at Attack of the Fanboy
May 15th, 2013 by William Schwartz 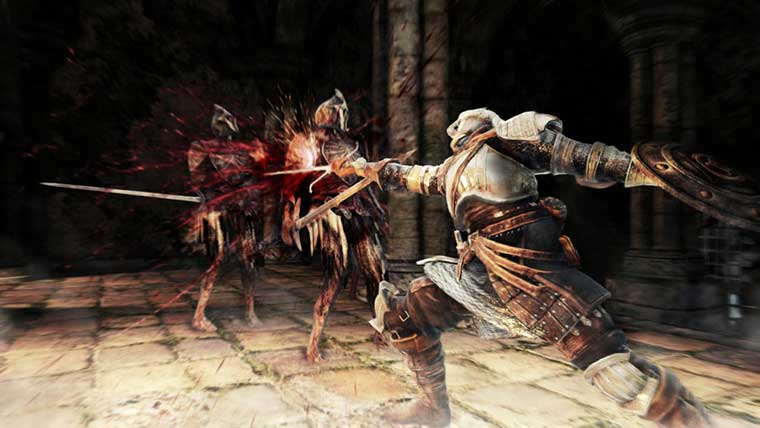 Dark Souls was a surprise hit for Namco Bandai in 2011.  After receiving glowing reviews for the devilishly hard action-RPG, Namco is looking to capitalize on the success of the franchise.  The company believes that Dark Souls 2 warrants a bigger marketing push this time around, one usually reserved for the most massive of AAA games.

“We’re going to go guns-blazing with it, and hope to God that it works”

“The good thing this time round is we’re investing more in it from a marketing perspective. With Dark Souls and [PS3-exclusive spiritual predecessor] Demon Souls it was very focused, small-scale. We’re treating this as a massive, massive triple-A title. We’re going to go guns-blazing with it, and hope to God that it works. We’re going after people who love and adore Dark Souls, while hopefully widening the net a little. I’m not saying that every Skyrim player’s going to be jumping on Dark Souls, but it would be nice if some of them did. It’s a different game, sure.”

From Software recently took the wraps off of the game, offering fans a first look at Dark Souls 2 gameplay and screenshots. Since it’s announcement, From Software and Namco have been adamate about making Dark Souls 2 more mainstream than previous efforts, but the companies have confirmed that the game won’t be arriving on PS4 or Xbox 720.