Darksiders 2 Info Probably On its Way 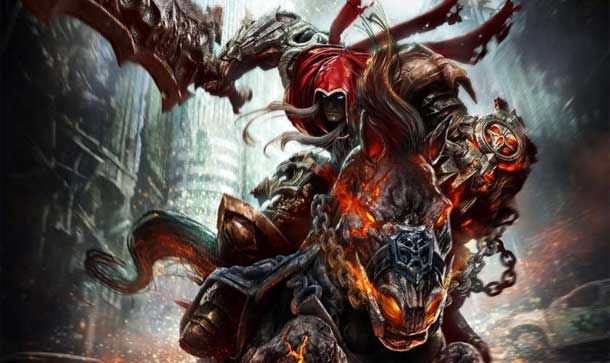 We may be getting an official Darksiders 2 announcement sometime between now and E3. Danny Bilson of THQ recently revealed that there is news on the game coming “in a big way”. If there was any doubt that Vigil Games would be making a follow up to the 2010 Hack & Slash/Puzzle Platformer, you need not look further than the ending cut-scene to realize that the three other horsemen of the apocalypse have made their may to Earth.

Last November, Danny Bilson revealed that Darksiders 2 was definitely heading our way, when he made statements about the franchise at IGDA Leadership Forum.

“When we do the Darksiders sequel, it’ll be a different character and take place simultaneously to the other story. There’s only one apocalypse I couldn’t very well have four different apocalypses, one for each rider. It has some new mechanics and some very robust features that differentiate it a lot and grow it from the first game because you have to build on the first one, you can’t repeat it. I think that’s very important in franchise-building.”

The game which was said to be aiming for a 2012 release date could have a large prescence at E3.  The first game was recieved well as a first offering from Vigil games, and was thought to draw from The Legend of Zelda franchise as inspiration for the gameplay.  Coupled with the fantastic art behind the game, Darksiders was a great start to what could be a long running franchise.