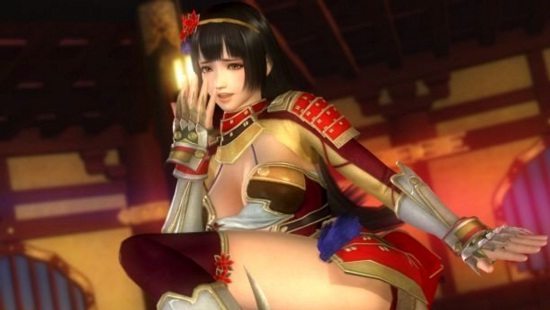 Even though Dead or Alive 5 Last Round came out last year, Team Ninja is not finished adding new content to the game. Coming very soon to the fighting game is a new character.

Famitsu just revealed that Naotora Ii from Sengoku Musou/Samurai Warriors 4 will be added as a new DLC character in Dead or Alive 5 Last Round. She will be available on the PC, PS4, Xbox One, PS3 and Xbox 360 versions of the game.

A special stream for the character will be aired this Thursday February 25th, 2016. This is where we can see some of her moves and actual gameplay footage. Sadly, they did not reveal a release date for when she will become available just yet.

Naotora Ii is originally from the Samurai Warriors franchise which is owned by Koei Tecmo. The game already has several fighters from other games such as the Ninja Gaiden and Virtua Fighter series.

Her addition to Dead or Alive 5 Last Round could have been done to hype up the release of the newest Samurai Warriors 4 game that is due out in Western countries very soon.