The latest news in the world of video games at Attack of the Fanboy
September 12th, 2015 by William Schwartz 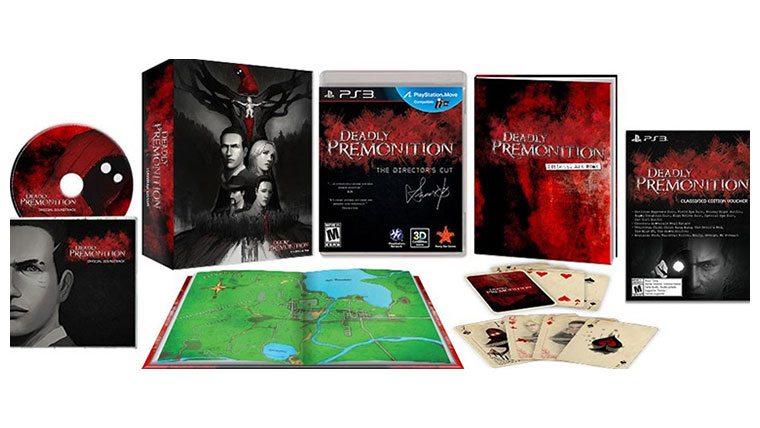 The crazy and quirky horror game from the mind of Swery, Deadly Premonition, is receiving a collector’s edition five years after its release in 2010 on Xbox 360 and the PS3 director’s cut. Publisher NIS America who was not the previous publisher for the game will be releasing it for $49.99.

The collector’s edition includes the director’s cut, an art book, the game soundtrack, playing cards created for the game, and all of the DLC. When it originally released, Deadly Premonition was given mixed reviews, polarizing players with its over-the-top voice acting, its Twin Peaks like open-world, and strange soundtrack. Many consider it a cult classic so a new edition of the game does not surprise me in the least.

I never got a chance to play Deadly Premonition, but as a fan of Swery I have an obligation to go back through it, and this collector’s edition is the excuse I’ve been looking for. Deadly Premonition  stars Francis York Morgan, a detective who is sent to the town of Greenvale to investigate the murder of a young girl. If you are a fan of old school survival-horror, I recommend you check it out.