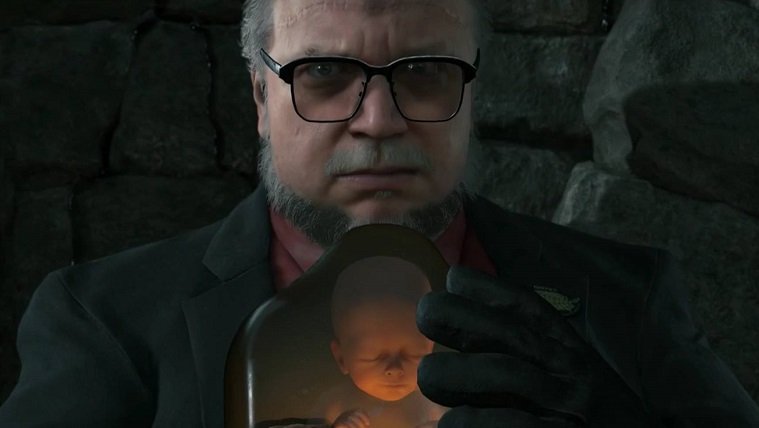 Everything surrounding Hideo Kojima’s Death Stranding is riddled with confusion, as the game’s initial reveal was baffling and that feeling has only intensified in the months since then. While originally only showing Norman Reedus, the following previews eventually revealed that Guillermo Del Toro was also in the game. This of course fueled speculation that Kojima and Del Toro were collaborating on the game, but that is not the case.

Guillermo Del Toro recently did an interview where he clarified his involvement with the game, saying “I’m involved as a character. He’s discussed his ideas so I could understand the character, but other than that I’m not involved, creatively, at all. This is entirely Kojima-san’s game. I think it’s gonna be a fantastic game, 100%. But this is him and his ideas. I’m just a puppet in his hands. My contribution is limited to being a cheerleader for his ideas and being scanned for long hours at a time. That’s about it.”

While this may be disappointing to some seeing as many want the team that would have been responsible for Silent Hills to at least create something together, but it’s also very interesting seeing what Kojima is cooking up without the shackles of Konami. The game is shaping up to be one of the most ambitious and odd-looking games we’ve gotten in a long time, and that’s being said while still knowing very little about it.

It also remains to be seen when this game will actually see the light of day, as Kojima has previously said that it will launch sometime before 2019. Seeing as it’s very unlikely that the game will launch this year, that would seem to put it in the 2018 slot. There’s always the potential that the game gets shown off again during Sony’s E3 2017 press conference, and hopefully if that happens things will make a little more sense.

Whenever the game does launch, it will be available for PlayStation 4.