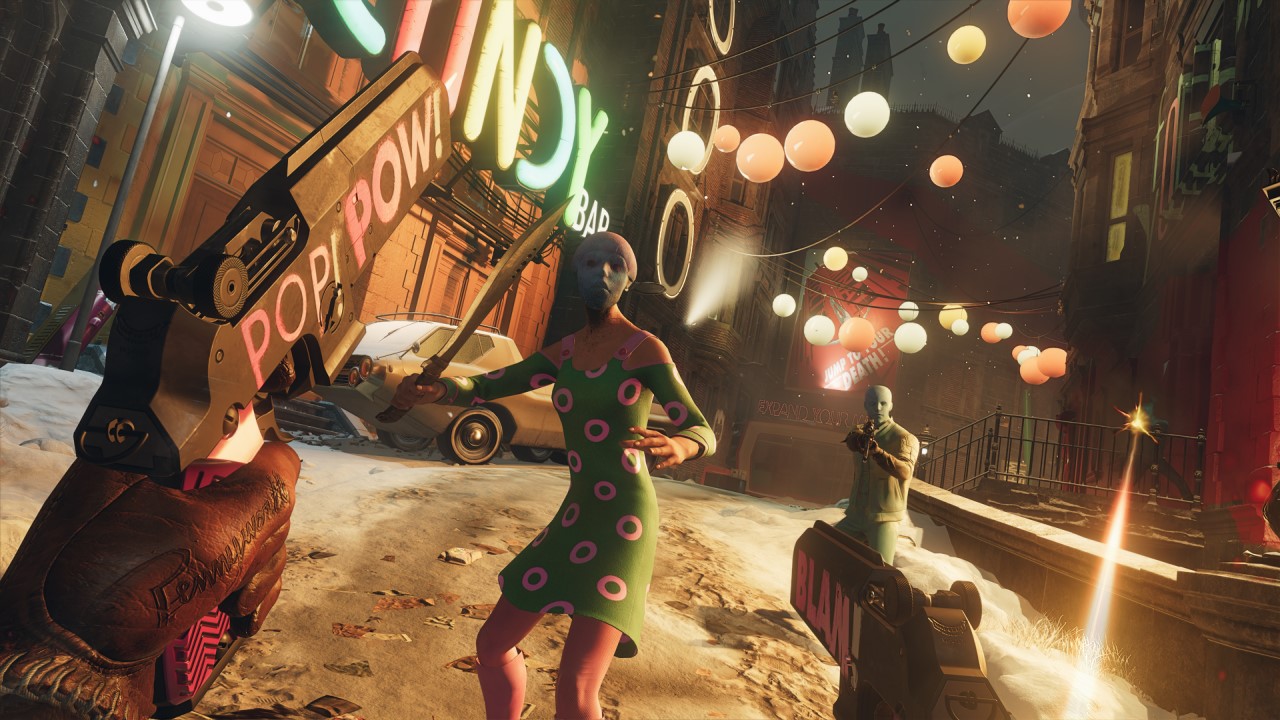 The ESRB has now rated Deathloop a few months before its release and the rating summary gives us some more details about the full game’s content.

Deathloop has been rated for both the PC and PS5 and has a rating of M for Mature. The game is recommended for players over the age of 17. The game contains “Blood and Gore, Drug Reference, Intense Violence. Sexual Themes and Strong Language“.

The rating summary is where we get to know what the game actually contains. It’s safe to say this game will have a lot of violence and bad language. You can read the full details below.

“This is a first-person shooter in which players follow the story of two assassins trapped in a mysterious time loop on a fictional island. Both characters must assassinate key figures in order to break or protect the loop. Players use machetes, pistols, and sniper rifles to kill human enemies by means of stealth, melee, and ranged combat. Fighting is often frenetic, with frequent gunfire, screams of pain, explosions, and large blood-splatter effects. Some weapons/attacks can decapitate or dismember enemies. Cutscenes depict further instances of intense violence: players’ character stabbed repeatedly in first-person; characters shot in the head at close range. During one sequence, a character is seen in a room while sexual moaning sounds are heard. Characters sometimes reference drugs (e.g., uppers, downers) and getting/being high on fictional drugs (e.g., “Looks like an over-engineered auto-erotic asphyxiator…Also, it’s going to smoke us up. Get us high.”). The words “f**k,” “c*nt,” and “sh*t” appear in the game.”

Deathloop will be released on September 14th, 2021. It will be available for the PC and PS5 platforms only.