The latest news in the world of video games at Attack of the Fanboy
October 16th, 2017 by Jose Belmonte 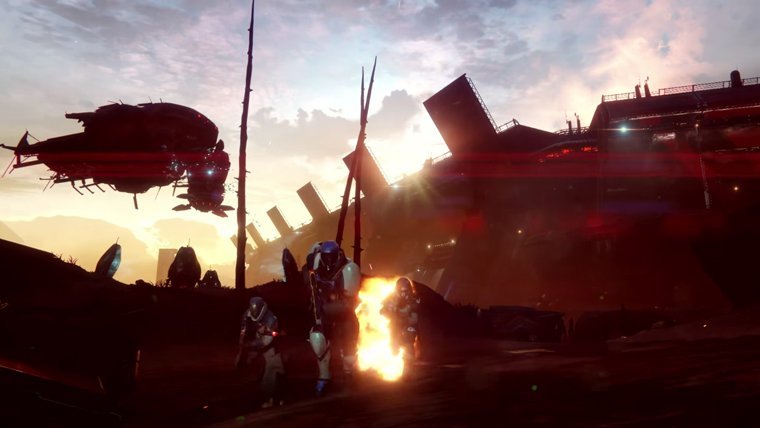 There are only a few days left for PC gamers to finally enjoy Destiny 2, and today Bungie wants to increase their excitement even more with a new trailer focused on what will clearly be the most technically advanced version of the game. The video showcases impressive action sequences captured directly from a PC running at high specs, as well as glimpses into the new story campaign, the multiple multiplayer modes, and the new and impressive scenarios and weapons.

Some of the graphic features of this version include 4K resolution with with uncapped frame rates, 21:9 ratio support, and much more graphic options to adapt the experience to each player’s preference. The game launched in September for PS4 and Xbox One, garnering excellent reviews like our own, in which we explained how it represented a “significant improvement over the original.” While much of the criticism of the first entry focused on point out the disjointment between the story campaign and its multiplayer modes, Bungie has worked hard on this occasion in order to make all game modes “come together to form a more cohesive and focused experience.”

Now, PC gamers who felt left behind in September have the chance to join the experience when the game launches exclusively on Blizzard’s Battle.net platform on October 24. Watch the new trailer below, and make sure to play it in the highest resolution to really appreciate the stunning visuals.