Destiny Beta Characters Will Not Carry Over To The Full Release

The latest news in the world of video games at Attack of the Fanboy
August 9th, 2014 by Kyle Hanson 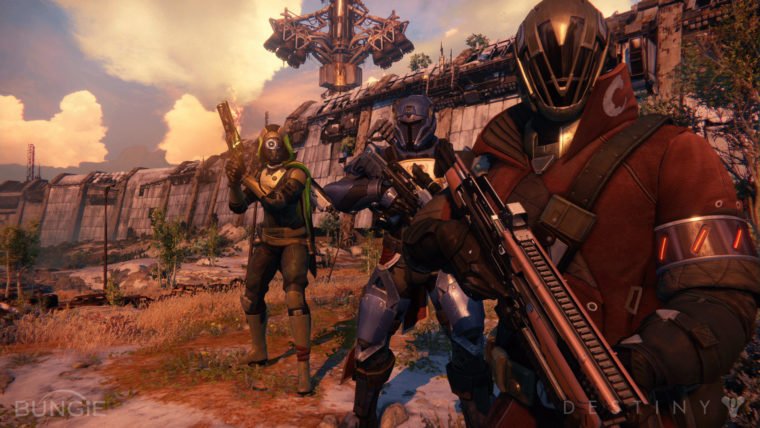 One of the big questions on everyone’s mind during the Destiny Beta was whether or not the character that you created during it would stick with you into the main game. Many people pumped dozens of hours into their character, leveling them up and getting them all the gear they wanted, so it was understandable that they want that work and that character to still be there come September 9th.

The sum of the tweaks leaves characters from the Beta Build in strange shape that would be confusing at best, broken at worst.

Unfortunately a recent update from Bungie has dashed those hopes, explaining that all of the characters and progress made during the Destiny Beta would be wiped before the game finally hit store shelves.

The news was delivered by Bungie’s community manager David “Deej” Dague, who eulogized his own character before dropping the final hammer. “You and millions of Guardians just like you.,” wrote Deej. “You helped us build a better world – all of you. But as great as that place has become, it’s a place that wouldn’t make sense to you anymore. Too much has changed. ”

This section in particular echoed the explanation given by Bungie designer Tyson Green. “Since the Beta, we’ve continued to tune and adjust the game,” said Green. “The way you earn experience has been adjusted up and down a bunch of times. Items have been added and removed. New features toggled. Although there’s no single monumental change, the sum of the tweaks leaves characters from the Beta Build in strange shape that would be confusing at best, broken at worst.

If any good can be taken from this news it is that Bungie actually used the Destiny Beta to test the game, which ultimately led to many changes. “We’ve been asked many times if this was a real Beta. It was,” assured Deej. “We learned a lot from your participation, and we’re going to tweak, adjust, and in some cases, make some significant alterations that ultimately mean your Beta Guardian can’t go home again.

Bungie made sure to promise that this would be the last time players had to part with their characters in Destiny. Once the game launches on your Guardian will be yours to use for as long as Destiny exists. In fact, earlier we reported that you will even be able to transition characters into the inevitable sequels to Destiny.