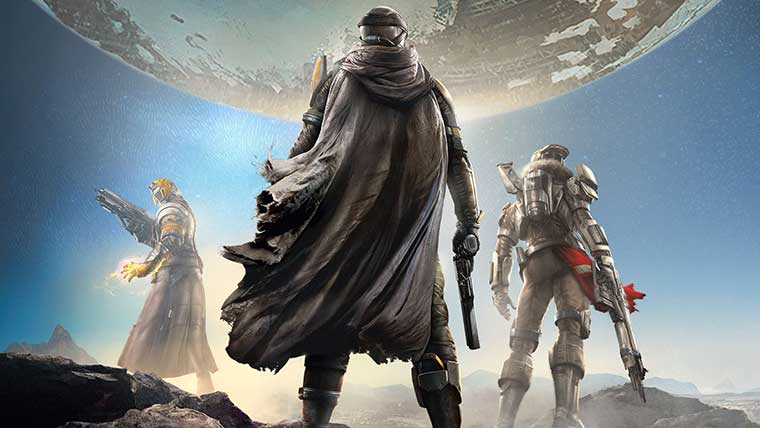 Bungie took the holidays off of their usual weekly Destiny updates, so the latest one is full of new info for the coming weeks. This includes info about an upcoming event centered around Vanetine’s Day, which will see players teaming up against each other inside the Crucible.

The Destiny February Update will contain the usual bug fixes and changes to the core game experience, but on top of that will be the addition of a new Crucible mode called Crimson Doubles. The crimson part refers to the new paint job that The Tower will be receiving as well, decorating the entire structure in red for the Crimson Days celebration.

“Love will be in the air, and it will last for one week, starting on February 9th. Along with the other improvements and fixes you’ll receive in the upcoming February Update, we’re delivering a brand new 2v2 Crucible mode we’re calling Crimson Doubles. It features a special twist, born of new gameplay and mechanics that only battle-tested star-crossed lovers will appreciate. You’ll need a dancing partner – preferably one that compliments your fighting style. The two of you will have a chance to earn some “sweet” loot together in the Crucible. To receive your gifts, you’ll have to put your differences aside and fight well as a couple.”

Before this though, Destiny will once again see the return of the Iron Banner mode that has become a staple of the experience. Starting January 26th and running until February 2nd, Lord Saladin will return to The Tower to pit Guardians against one another in the special mode. Winners will receive special loot drops of exclusive weapons and gear.

The update also goes into the matchmaking formula that Destiny has been using to team players up, and decide who they should fight against. This was apparently totally retooled in Destiny: The Taken King, so check out the update if you wanna know how it is working now.