The latest news in the world of video games at Attack of the Fanboy
April 29th, 2015 by Kyle Hanson 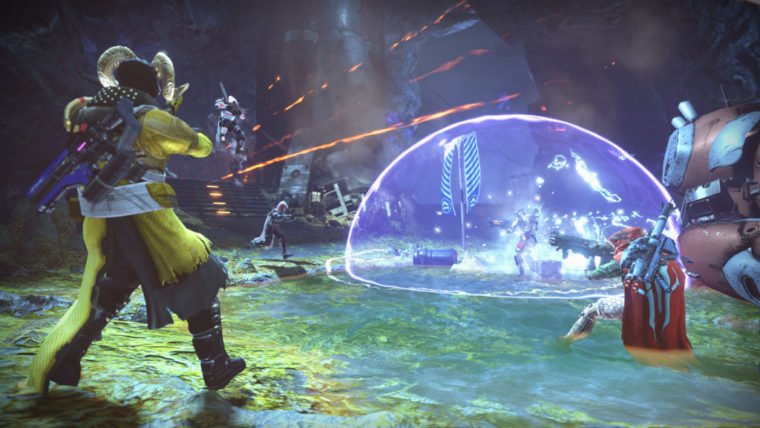 Earlier today Bungie lifted the veil off their upcoming DLC expansion, Destiny: House of Wolves, showing off some of the additions and changes that players can expect if they purchase the add-on. One part that stuck out was the now ubiquitous PlayStation exclusive piece of content. Starting with the main game and continuing with The Dark Below, every time new Destiny content has been released PlayStation owners have gotten just a little bit more. The original game (Update: the main game actually featured exclusive Crucible maps, a Stirke, and a few other items), but The Dark Below took it to extremes, featuring extra gear, weapons, and even an exclusive Strike mission. House of Wolves tones it down a bit, .

All in all there are three maps available to all owners of Destiny: House of Wolves. “Black Shield is a medium-sized map set on Phobos. Thieves’ Den is an intimate arena set in the tunnels under Venus. Widow’s Court takes the fight to Earth’s European Dead Zone, a striking thematic departure for Destiny — expect crumbling gothic spires, stained glass, and overgrown plant life.” On top of these, PS3 and PS4 players of Destiny: House of Wolves will receive Timekeeper, “a close-quarters battleground set inside a mysterious Vex device amidst the arid dunes of Mars.”

Of course, fans on Xbox won’t be locked out of this content forever. The PlayStation exclusivity deal is set to expire later this year. After that Bungie is free to release it on Xbox or any other platform that they might put Destiny on in the future. Whether they will or not, or how they will distribute it, has yet to be revealed.

Considering how much Bungie is messing with the Crucible to make it a bigger part of the game, PlayStation fans might find themselves much happier getting this exclusive map than they have been before. Bigger loot payouts are coming with House of Wolves, and matchmaking is said to be getting some revamps that should keep players coming back for more. We’ll find out more when Destiny: House of Wolves comes out on May 19th.