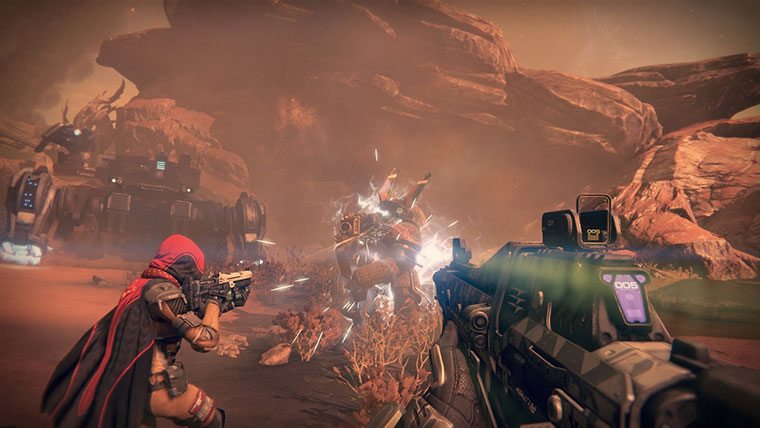 A new batch of screenshots for Destiny surfaced today on the PlayStation Tumblr. These new shots showcase some never before seen content from Bungies upcoming shooter.

Bungie’s been pretty quiet when it comes to Destiny as of late. But the studio did recently confirm that they were not currently working on a PC version of the game, but didn’t entirely rule out the possibility of one arriving at some point. That said, the impressive new screenshots below are most certainly from either the Xbox One or PS4.

Destiny is slated for a September release on the Xbox 360, PlayStation 3, Xbox One, and PlayStation 4.