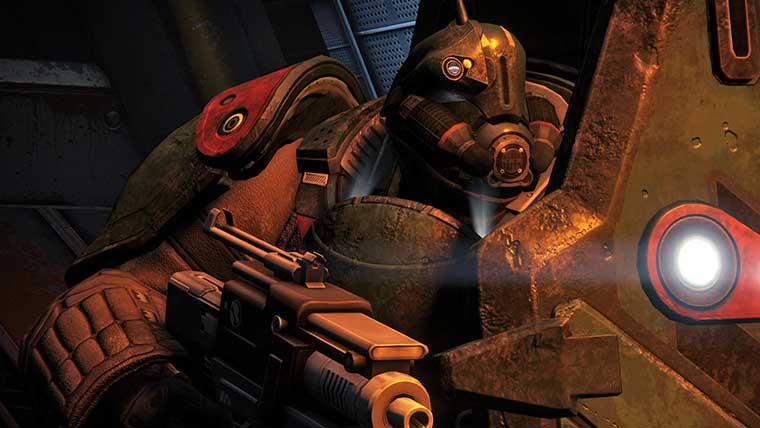 Destiny, Bungie’s long-awaited shooter, is just around the corner. The developer’s latest weekly update dives deeper into the gameplay mechanics of Destiny, including tips on how to work well as a team.

Every member of a Fireteam is important.

Of all the firepower you’ll bring with you from the Tower, the Guardians by your side will be your finest weapons. I’ve seen heroes rescue each other from certain oblivion more times than I can count. There are no tourists in the world of Destiny. Every player of this game changes the action, be they hardcore or brand new to the triggers.

The Fireteam that fights together thrives together.

There is a difference between playing with someone and simply playing near them. When Fireteams work as a real team, they profit. Their abilities complement each other. Their bravery enhances each other. If you can stay close to your Fireteam, you’ll be pretty deadly when you find yourselves backed into the same corner.

You must sometimes divide to conquer.

While it makes sense to combine your forces, you won’t always want to stand right next to each other. Many of your opponents won’t go down with one shot – or even one reload. You’ll want to goad them into fighting a two-front war. Take turns drawing their fire while your ally delivers the pain. It’s like that old saying: Sometimes, teamwork is just giving them more people to shoot at.

Even the lone wolf can strengthen the pack.

Not everyone wants to keep the company of a Fireteam. If you’re that guy or gal, you’re welcome to keep to yourself. I’ve seen – but never met – enigmatic snipers camped on the ridge that overlooks a skirmish. Their well-placed shots have saved lives. Without so much as a wave, they’ve mounted up and sped off before we could so much as thank them.

Those wanting to get hands-on with Destiny will have the opportunity to do so soon. The multiplayer beta for Destiny is fast approaching, Bungie says they are “polishing the lenses on our scopes in anticipation of our chance to study you.”  The official site for the game claims that the beta will launch in summer 2014.

Destiny is currently slated for a September release on Xbox One, PS4, Xbox 360, and PS3.