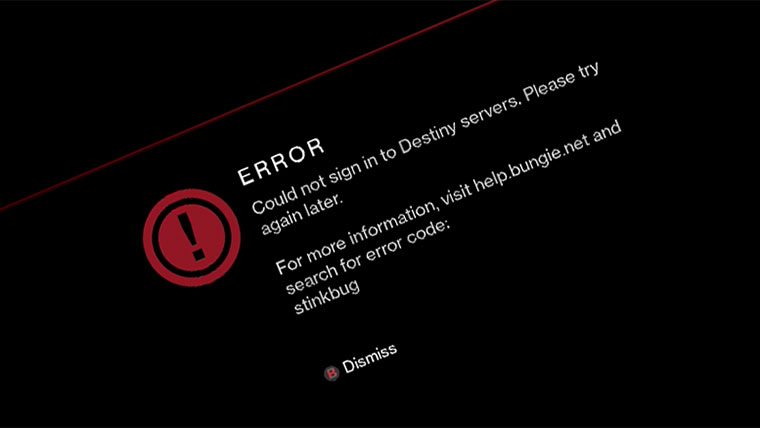 Destiny received an update today, one that seemingly prepared the game for the upcoming Iron Banner events, removed Quick Scoping, and alleged to aleviate connection issues.  Unfortunately, the update has produced a new error that many players are encountering, stopping them from connecting to the Destiny servers altogether.

The Stinkbug Error message is something that Bungie is currently working on, according to a recent tweet by Bungie Help on Twitter, and apparently it’s an expected issues that resulted from this morning’s patch.

“We are still working on updating Destiny.  The stinkbug error message some people are seeing is expected.  Thanks for your patience!,” reads a tweet from the developers.

Bungie has offered no clarification as to an ETA when those affected by the Stinkbug Error will be able to access the Destiny Servers.

Update: “The Destiny update is now complete! Game on.” reads announcement from Bungie.