Return to Sanctuary in only a few short months. 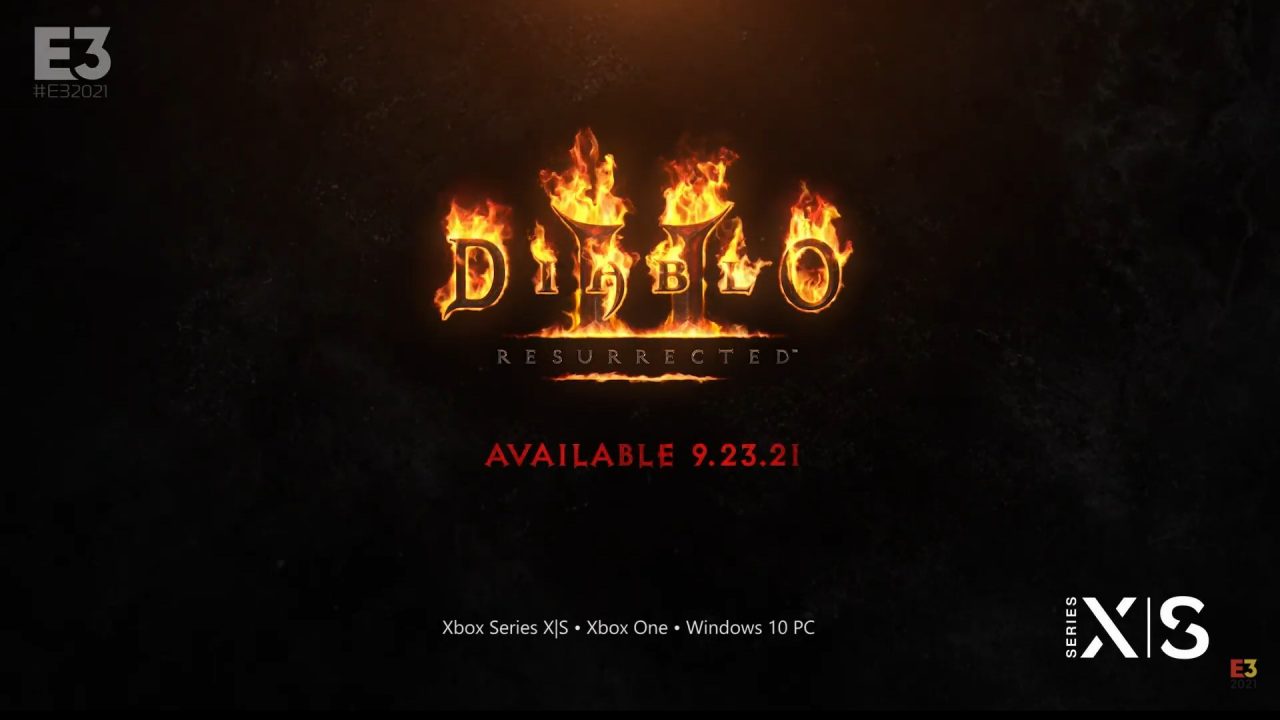 Diablo 4 may still be a ways off, but today during the Xbox and Bethesda E3 Showcase we learned Diablo 2: Resurrected is only a few months away. The much-anticipated remaster of the classic ARPG will launch this September on all platforms, and will feature enhancements for Xbox Series X|S.

Don’t let the Xbox and Bethesda E3 Showcase fool you: Diablo 2 Resurrected releases September 23rd on all platforms. The game will feature enhancements for Xbox Series X and Series S, such as 4K resolution. That said, the same enhancements are likely coming to Sony’s PlayStation 5.

Diablo 2: Resurrected will feature 8-player coop and all the original content, remastered for the modern era. While Blizzard have made some quality-of-life adjustments, the game is by and large the same experience it was 20+ years ago.

You can check out my discussion with our Editor-in-Chief Will down below to see what I thought of the remaster after playing in the Alpha test a few months back. It’s looking to be a solid remaster, and I found the controller implementation to be a good balance of modern sensibilities with old-school design.

We’ll have to wait and see how well the modding community is supported post-launch, though. Popular mods like Path of Diablo can at least breath a bit knowing the original client isn’t going anywhere, but I’d love to see that mod in Resurrected.