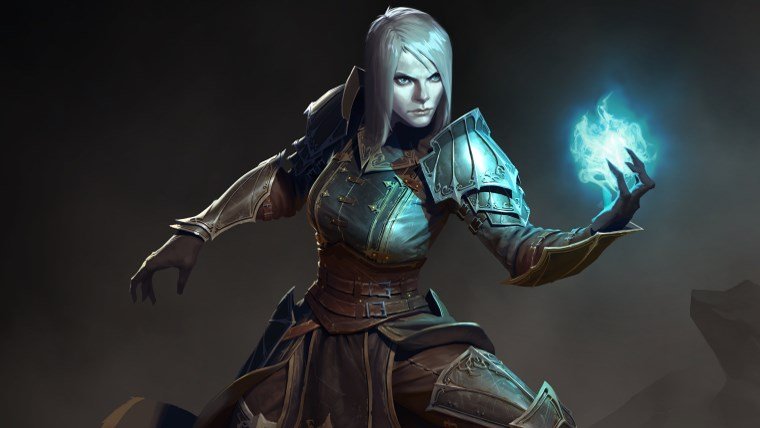 “Flies gather around rotting corpses and the sickly sweet smell of freshly-spilled blood has given way to the abhorrent stench of undeath,” reads the Diablo 3: Rise of the Necromancer fact sheet. “From the southern jungles of Kehjistan, a mighty army of risen warriors approaches as we welcome the newest playable hero to Diablo III—the Necromancer!”

The titular character is a part of the “Priests of Rathma”, serving as a balance between life and death. The character uses special magical abilities to wield deadly attacks, while sustaining themselves off the dead around them. The Necromancer will play and feel very familiar to fans of Diablo 2, but they’ve been altered and updated in a lot of ways to take advantage of everything that Diablo 3 has to offer.

All of the Necromancer’s abilities are focused around this idea of balancing life and death. Some will even drain the Necromancer’s health as they are used, while others will allow him/her to gain health from dead foes, or curse enemies so that attacks offer themselves and any teammates health in return.

These abilities include: Grim Scythe, the standard attack that does a sweep of damage. Blood Nova, an explosion of blood that deals tons of damage at the cost of the Necromancer’s health. Devour, an ability that drains life force from dead foes giving back some health to the player. And Blood Golem, a form of the new Golem summon that drains enemies of their blood and restores it to the player. You can also warp with the Blood Rush ability, allowing for fast movement across the map.

We still don’t have a release date or pricing info for Diablo 3: Rise of the Necromancer, but it will arrive simultaneously for PS4, Xbox One, and PC versions of the game some time in the second half of 2017.