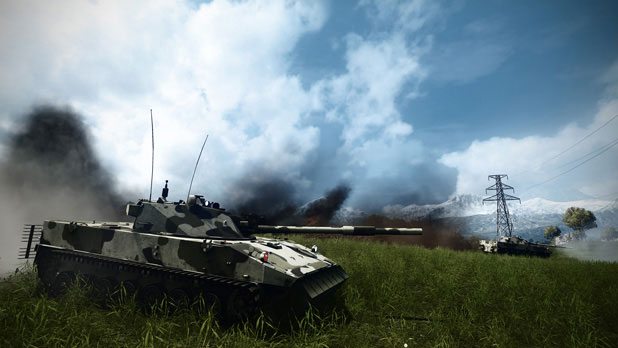 DICE is rolling out a new patch for Battlefield 3 that will address some issue for the recently released Armored Kill DLC, and answer fan requests to eliminate the mini-map in hardcore mode. Most notably, DICE is nerfing the Gunship due to community feedback that the vehicle was spawning too quickly and was overpowered. DICE explains that with the new adjustments, a gunship will not respawn until a new M-COM is destroyed for the attacking team.

The gunship will also see balance tweaks in Conquest Mode as well. The new settings will put a 60 second delay on the vehicle, no matter what the server settings are. Another request that Battlefield 3 fans have had is to remove the mini-map in Hardcore Mode, and that will be an option to be used at the discretion of the server admins.

There will actually be quite a few changes in the upcoming patch, head to the Battlelog for more details on the changes. Armored Kill is available now through Battlefield Premium or as a standalone download on the Xbox 360, PlayStation 3, and PC.