DICE looking to prove Battlefield 4 is the best shooter 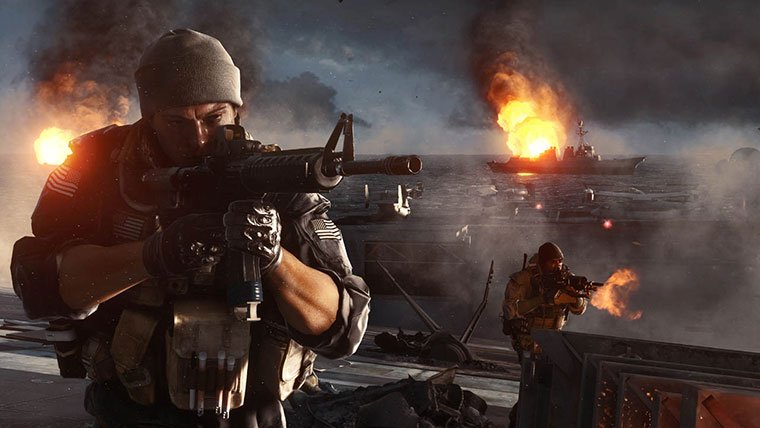 DICE will once again be going to head to head with Call of Duty this holiday season with the release of Battlefield 4 just days ahead of Call of Duty: Ghosts. If 2011’s battle of the titans proved anything, it’s that competition between both games is good for all involved. It’s up to the developers to prove who’s got the best shooter on the market, and that’s precisely what DICE plans to do with Battlefield 4.

We think we have the best game; we need to prove it

“We think we have the best game; we need to prove it,” said Patrick Bach in an interview with Gamespot. “I can’t really see any downside to having multiple games being great. I’m happy for the consumer, first, and I think we will step up our game to fight the competition even harder.”

“For us, we need to think about what is Battlefield really about so we don’t dilute the franchise in any way. We need to focus down on what makes Battlefield awesome, and make it even more awesome.”

Our initial impressions of Battlefield 4 echo what Bach is saying. Our time spent with the game at E3 left us with the same satisfaction that Battlefield 3 delivers, while offering new ways to play the game with the new Commander Mode offerings. As for Call of Duty, obviously Bach can’t speak for Infinity Ward, and the team has yet to really explain what changes will be coming to the game’s all-important multiplayer component.

We’ve yet to hear what changes are on the way for the Call of Duty franchise, but as for Battlefield 4, it sounds like they’ll be prepared for war when the game launches this October on the Xbox One, PS4, PC, Xbox 360, and PlayStation 3.