The latest news in the world of video games at Attack of the Fanboy
August 10th, 2017 by Jennifer Locke 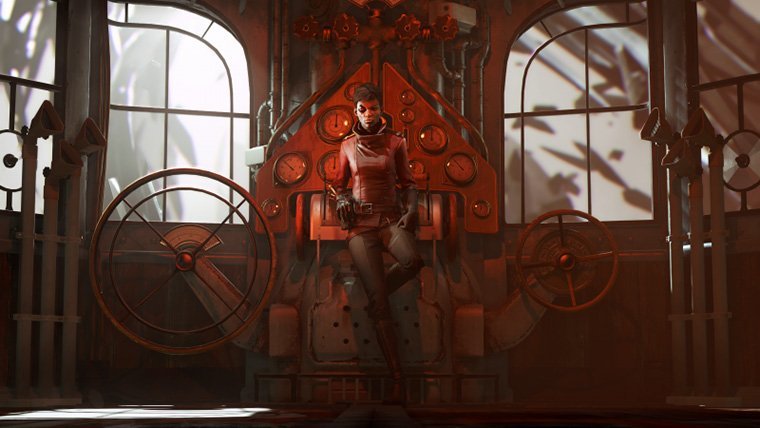 Dishonored: Death of the Outsider is a little over a month away from launch and Bethesda has released a gameplay trailer showcasing Billie Lurk’s deadly supernatural powers.

Announced at E3 2017, Dishonored: Death of the Outsider is a standalone expansion taking place after the events of Dishonored 2. Closing the narrative arc that began in the first game with the political assassination of Jessamine Kaldwin, Bille Lurk and her former mentor Daud attempt to murder the Outsider, the supernatural god-like being who they blame for the world’s chaos.

As the trailer below states, Rosario Dawson, Michael Madsen, and Robin Lord Taylor are all returning as Billie, Daud, and the Outsider, respectively. Daud, who played a pivotal role in Dishonored and its DLC, was absent from the second game. He can be heard in the trailer saying “I knew you’d seek me out one day,” implying he was ready to meet Billie Lurk once again. The two team up to take on one last mission, and we receive a good look at Billie’s abilities as she tears through the underworld of Karnaca and the Void, destroying her enemies.

Dishonored: Death of the Outsider is set to release on September 15, 2017 for Xbox One, PlayStation 4, and PC. Like previous Dishonored titles, players can choose to be as merciful or as ruthless as they’d like.

Do the Impossible… Kill a God