Disney Didn’t Interfere Too Much With Kingdom Hearts 3 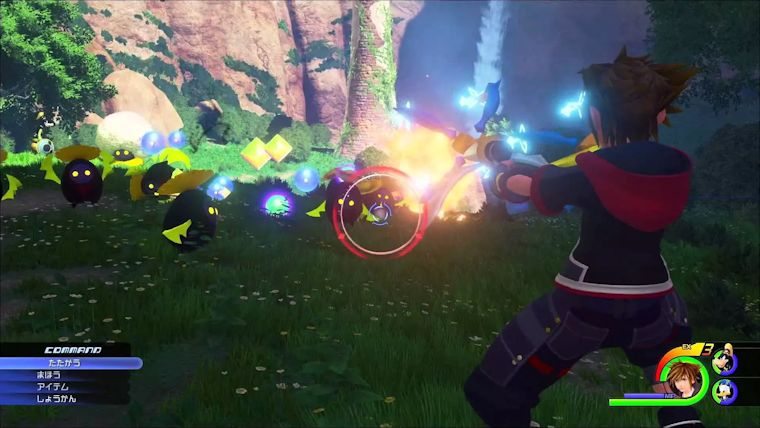 Square Enix said Disney didn’t interfere too much on the development for Kingdom Hearts 3 based on a recent interview.

The game’s director, Tetsuya Nomura, was interviewed recently by GamesTM. Nomura had a lot to say about the new game plus more about the franchise in general.

When asked if Disney tried to stop Square Enix from doing anything, Nomura replied that “I don’t feel they inhibited anything“. He said anything that is unique to Kingdom Hearts 3, Disney didn’t have any sort of disagreement with them.

All that Disney was concerned about was maintaining their own worlds. The only thing that they managed was parts of the story a little bit. Disney would tell Square Enix if it could “give it a lighter tone or happier ending“. Overall though, Nomura said Disney didn’t stop them from doing anything.

Nomura was also asked if there will be anymore playable main characters in Kingdom Hearts 3. He didn’t want to say anything and just mentioned it’s a secret for now. We do know Sora is playable once again, but it’s possible other characters are left to be revealed judging by his teasing response.

Kingdom Hearts 3 will be released for the PS4 and Xbox One platforms. Release date details are still unknown as the game is still under development.