The latest news in the world of video games at Attack of the Fanboy
July 16th, 2017 by Jose Belmonte 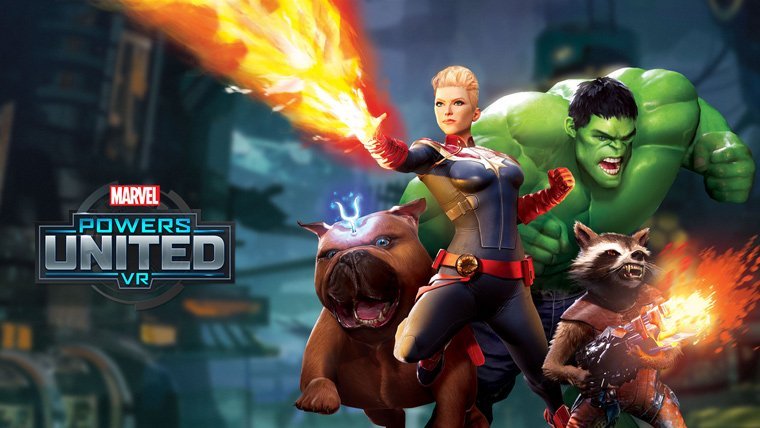 Disney used its D23 conference this weekend to reveal some of its new videogame projects. One of them was a collaboration between Oculus Studios, Marvel Entertainment, and Sanzaru Games, resulting in Marvel: Powers United VR, a virtual reality videogame in which players take control of various Marvel superheroes and get to experience their powers in first person.

Launching in 2018 exclusively for Oculus Rift, the game will also make use of the Touch controls to offer the most immersive experience featuring Marvel superheroes. Some of the confirmed controllable character so far include Rocket Racoon, Mrs. Marvel, The Hulk, and Conan the Accuser, each featuring their own unique gameplay style. The combat with Hulk is more focused on short-distance punches with his arms, while Mrs. Marvel can launch long-range energy rays.

Here is the official overview of the game: Unleash your rage and smash foes, lock n’ load your favorite plasma cannons, or take to the skies with powerful photon blasts. Hulk, Rocket Raccoon, Captain Marvel, and a powerful roster of Marvel’s greatest heroes are ready for battle. Suit up, power up, and team up with friends to engage in immersive, explosive co-op fights from across the Marvel Universe. Be the hero and unleash your powers now!

Marvel: Powers United VR will launch in 2018 exclusively for Oculus Rift. Check out more information in the official website, and watch the first trailer below.