The latest news in the world of video games at Attack of the Fanboy
January 11th, 2017 by Dean James 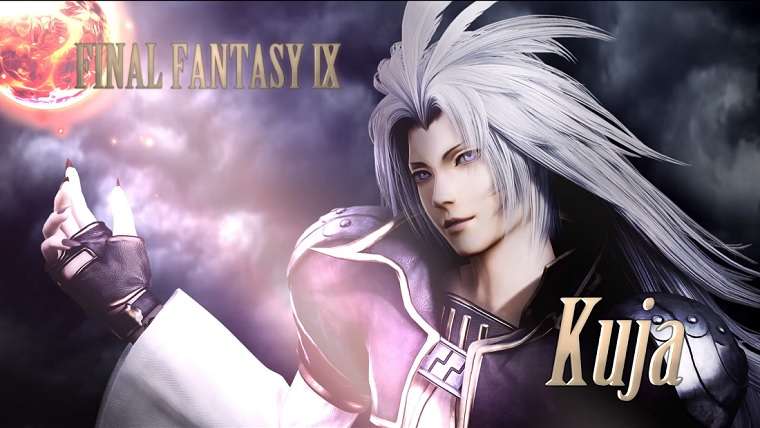 Dissidia: Final Fantasy first started as a series of unique fighting games on the PSP before being turned into a completely different up to date game for arcades in Japan in 2015 that is developed by Team Ninja. Since the game’s release, we’ve seen Square Enix add a number of different characters from throughout the franchise and the latest comes from the fan favorite Final Fantasy IX.

Dissidia: Final Fantasy in arcades has featured fighters like Cloud, Kefka, and Zidane since its release, which we are still hoping will eventually release on consoles. Considering Zidane is in the game, it would make sense to provide an antagonist for him in Dissidia: Final Fantasy, and that is exactly what they have done.

The latest addition to the game is that of Kuja, the silver haired antagonist from Final Fantasy IX that becomes a major threat as you move through the game. This is definitely a good addition as the game certainly lacks in villains, so that is hopefully something we will see more of as further updates come.

Kuja was first unveiled during a stream from Square Enix on Niconico, but since then they have posted the reveal trailer for the character to their official Japanese YouTube channel. While Kuja is not available in the game quite yet, he will be joining the fight sometime later this month when the arcade units receive the latest update for the game.

Do you think Kuja is a solid addition to the Dissidia: Final Fantasy roster or do you think there were some other villains such as Seymour that might have been a better choice? Also, would you buy Dissidia: Final Fantasy on consoles if it were to get ported like Pokken Tournament was last year? Make sure to check out the reveal trailer for Kuja below and hopefully we’ll see the game make its way to consoles sooner rather than later.