The Division’s New Trailer Warns Us Of Cash Contagion 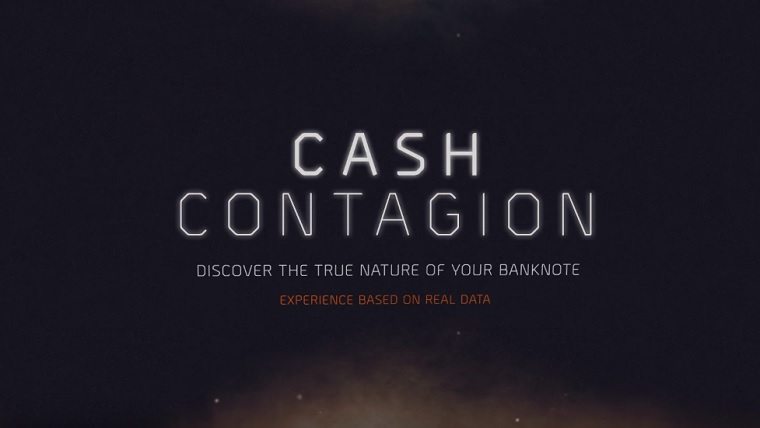 Ubisoft has released an interesting new video where they discuss cash and the millions of hands that touch our money throughout its existence. It all ties into the world of the upcoming Tom Clancy’s The Division, but they took it a step further by actually allowing you to scan your own money to learn of all the nasty things that are on its surface.

You can head to this website to scan your money with your webcam or type in the value of the banknote and the five-character serial number. Cash Contagion then analyzes the money and gives you an estimated amount of urine, cocaine, marijuana and bacteria contained within it.

Unfortunately, this little game is only available for Euro and British Pounds and there’s no news if it will eventually take money from other regions. However, I’m not so sure I would ever want to know the kind of crap that’s on my money, whether the information is accurate or not.

Tom Clancy’s The Division is set to launch for the PlayStation 4, Xbox One and PC on March 8. The game is an open-world third-person shooter with RPG elements set in mid-crisis New York, with the player’s goal being to try and restore order by investigating the source of the deadly virus.