The latest news in the world of video games at Attack of the Fanboy
October 26th, 2013 by William Schwartz 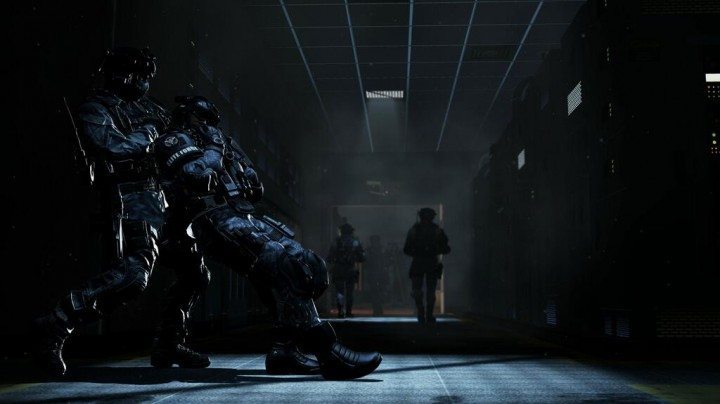 There’s been a lot of talk, hype and rumor in the past few days surrounding Call of Duty: Ghosts. The discussion has been regarding the native resolution of the latest installment in Activision’s long running series of first person shooter.

It’s been rumored that Call of Duty: Ghosts could look better on PS4, with additional reports hitting the internet that it would run natively at 1080p on the PlayStation 4. These have certainly not gone unanswered however, with claims that Ghosts will look nearly identical on both platforms, that the latest CoD will be 1080p native on the Xbox One as well, and that flying space pigs will feature in one of the campaign missions.

Okay, maybe that last one isn’t real, but just about any claim that could be made about Call of Duty: Ghosts probably has been made in the past few days. But why so much bother? Does Call of Duty’s resolution really matter?

Lets think about it for a moment; if Call of Duty plays marginally better on the PS4, is anyone that’s preordered Ghosts on Xbox One really going to change console? Equally, committed fans of the series will quite likely buy the console that’s out first in their region. The PS4 is out a week earlier than the Xbox One in North America, but out a week later in Europe. This means that hardcore American fans will be most likely to buy it on the PlayStation 4, and Europeans will likely get it for the Xbox One.

Now, when I say ‘marginally better’, what I mean is; if the Xbox One doesn’t natively run Ghosts at 1080p, it will probably upscale it from a native 900p or 720p. We’ve already seen this from other Xbox One games like Ryse. Especially if the native resolution of Ghosts is 900p on the Xbox One, the upscaling will make only a marginal visual difference, which I don’t think would be enough to change someone’s preorder. The only thing I can realistically see this news changing is the mind of someone who has not yet preordered either console. If this is the case, they may be too late to actually get a console on launch day now, given the high demand.

But maybe I’m wrong. Let me know in the comments whether this has changed your mind, or whether you can conservatively see it making much of a difference.