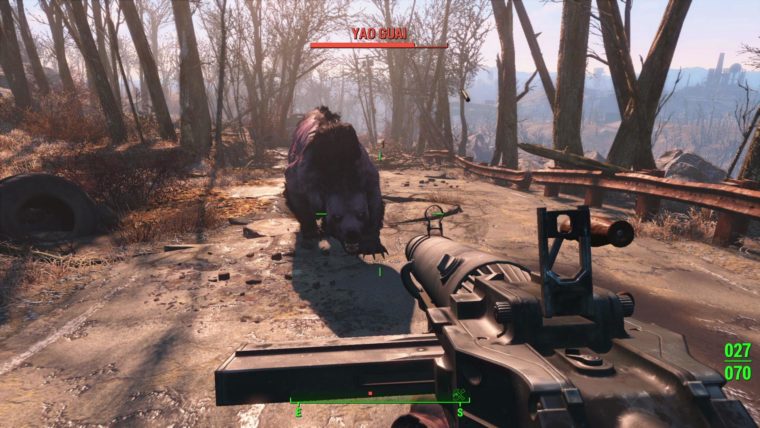 This revelation was made during a new developer video that was released earlier this week. The game’s director, Todd Howard, admitted id Software assisted them with the combat.

For Fallout 4, Bethesda wanted to step up the gunplay. In order for them to do this, they decided to start from scratch so they sought advice from id Software from the first day to improve in that respect.

Fallout 3 and New Vegas allowed people to use lots of guns and stuff, but there was room for improvement to make the experience feel more smoother. id Software is perfect in that regards as they have been developing FPS video games for many years now with their DOOM series and more.

Elsewhere in the video, Howard explained that the game does feel like a modern shooter. Even if you never played the series before, you will still feel comfortable playing Fallout 4. You can aim down your sights and play in first-person and third-person.

The game is true to Bethesda’s vision of allowing players to play how they want. Not many other games allow you the choice of playing in first-person and third-person. You can also create the main character too.