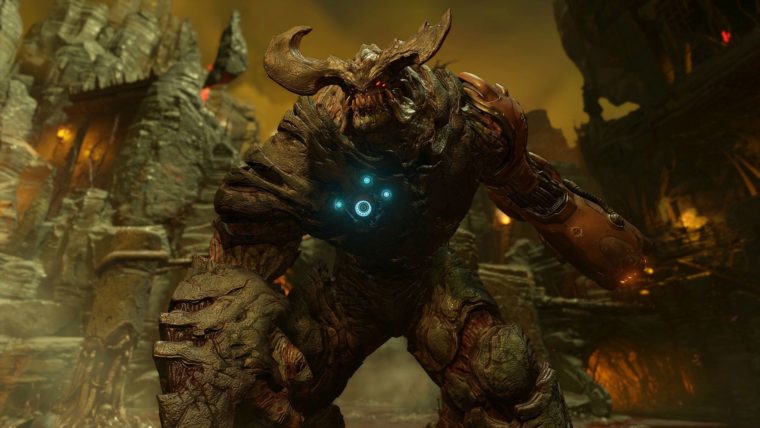 Bethesda and Id Software have announced that Doom will be released on May 13th, 2016 for PS4, Xbox One, and PC. To celebrate this announcement they have released a new gameplay trailer, centering around the game’s campaign. Doom will essentially serve as a reboot to the fabled first-person shooter franchise, delivering tight FPS gameplay in a horror setting.

“Relentless demons, impossibly destructive guns, and fast, fluid movement provide the foundation for intense, first-person combat – whether you’re obliterating demon hordes through the depths of Hell in the single-player campaign, or competing against your friends in numerous multiplayer modes.”

Doom will also receive a Collector’s Edition release, which will contain “an exclusive, fully-realized 12” tall collector’s statue of one of the game’s most iconic demons: the Revenant. Modeled from actual in-game 3D files and striking in appearance, the demonic Revenant stands on an LED-lit base with internal, slow-spinning turbine from the UAC facility on Mars. The DOOM collector’s edition also includes a copy of the game packaged in an exclusive, battle-worthy metal case.” The set will retail for $119.99.

Those who preorder either the Collector’s Edition or the standard version of the game will also receie the “Demon Multiplayer Pack which contains a unique demon armor set with three skin variations, six metallic paint colors and three id logo patterns that can be applied to weapons and armor, plus a set of six Hack Modules – one-time consumable items that can give you an edge in a multiplayer match.”