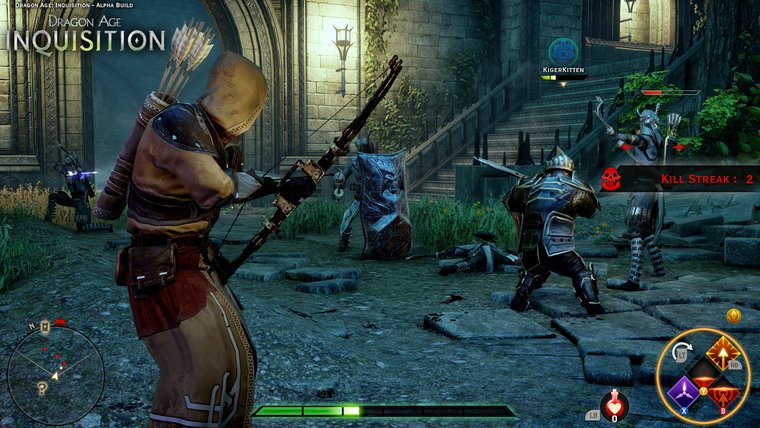 The highly anticipated BioWare title Dragon Age: Inquisition will include cooperative multiplayer, a first for the series. The news broke today via IGN, who had the opportunity to go hands-on with the new mode. Co-op in Dragon Age: Inquisition works somewhat similarly to Mass Effect 3’s multiplayer component, although it was stated that the cooperative mode on offer here is “significantly deeper”.

To balance out the 200 hour single-player campaign, BioWare has crafted cooperative missions that work perfectly for those looking to take on the game 20-30 minutes at a time. The recommended play sessions may be small, but the scope is rather large. Three multiplayer campaigns will be available at launch and each one is made up of large, randomly-generated maps broken up into smaller sub-sections. There will be nine heroes available to conquer these campaigns, with three characters per class: mage, melee and archer. Not only will each character play a specific role, but certain parts of the map can only be interacted with if the proper class is present. For example, some doors may only be opened by mages, whereas breakable walls will require the brute force of a melee character.

Completing a level rewards the player with gold, the currency required to buy treasure chest. These treasure chest contain all kinds of delicious loot. The loot can range from item recipes to equipment to new heroes/skins. If, for whatever reason, you’re playing an RPG without any desire to grind for epic gear, Platinum can be purchased with real money as an “optional time-saver” currency. However, BioWare’s Scylla Costa made it clear that “nothing is behind a paywall” and that the developer will “never sell [the player] an item”.

BioWare has a clear dedication to the multiplayer aspect of Dragon Age: Inquisition and that was further proven by their promise of “lots of DLC”, including new heroes and levels, all of which will be free for everyone. We’ll get more info on this exciting new addition as we near the game’s November 18th release date.