Dragon Age : Inquisition – Who will your Inquisitor be? 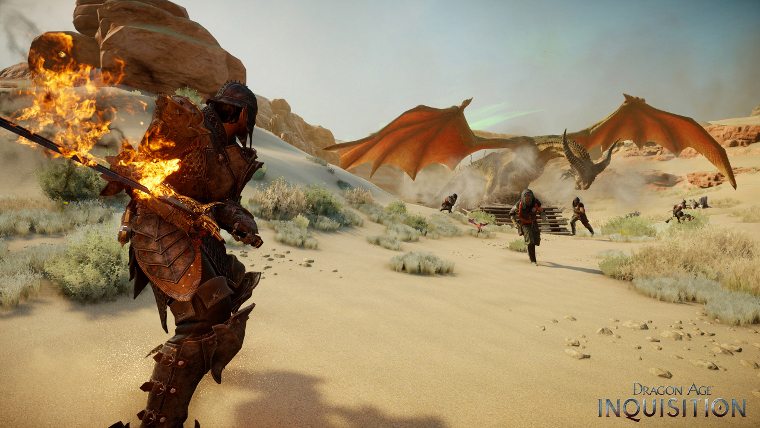 A new section has popped up on Dragon Age : Inquisition’s website under ‘Classes‘. In here lay the description on how to create your Inquisitor, choosing gender, race and class. This preview gives you a chance to learn a little about the background of each of the four races, what bonuses they receive, what roles the three base classes play including a hint at a specialization and some awesome screenshots to show it all off, giving you a glimpse of what your character could look like and do come game time. Oh, and this time round you can actually play a Qunari! Qunari Warrior with plus 50 health thanks to a racial trait? Yes please.

Dragon Age : Inquisition is the third installment of the Dragon Age series from Bioware, which plans to bring together aspects of Dragon Age : Origins and Dragon Age 2. What we’ve seen of Dragon Age : Inquistion already looks incredibly impressive with a much larger world to explore, a shift towards more strategical thinking in combat, including Tactical View, previously only seen on the PC release of the first game and a complete overhaul of the romance mechanic, in which relationships will develop according to reactions from events and variables specific to each characterer as opposed to the previously seen gift and dialogue system. Just like in the Mass Effect universe, decisions made in previous games will heavily impact the story of Dragon Age : Inquisition, making it a more personalized experienced for each player.

The game is said to be set in a much more open world, lending to easier adventuring, and as the character will be playing the role of the leader of the Inquisition, choices made will effect the game world deeply, to the point of closing off quests for an area if a town is destroyed or opening up new quest lines with the capturing of a fort and establishing of a base in a new area. All this leads to a lot more control over the game and given Bioware’s history of delivering on promises, should lead to a fantastic experience.

If all this has you keen, you may want to head over to the website and check out what your character could be like. Dragon Age : Inquisition lands on Xbox One, Playstation 4, Playstation 3, Xbox 360 and Windows PC on November 18, 2014 across North America, November 20 in Australia/New Zealand and November 21 in Europe.

Home / Game News / Dragon Age : Inquisition – Who will your Inquisitor be?