The latest news in the world of video games at Attack of the Fanboy
April 24th, 2017 by Jose Belmonte 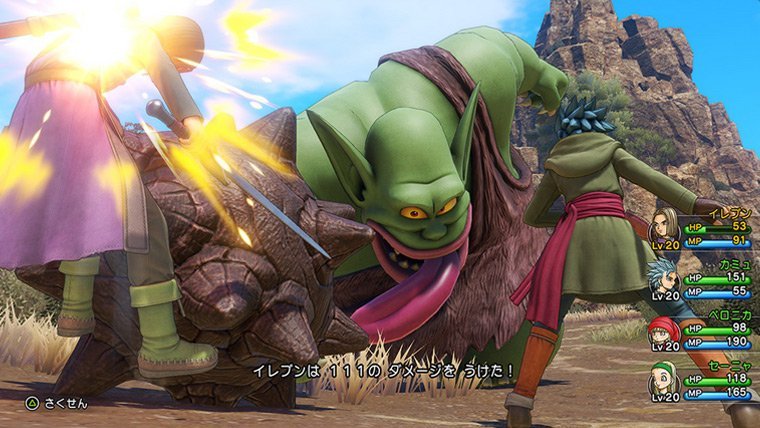 Square Enix has shared new screenshots and details on the upcoming Dragon Quest XI: In Search of Departed Time for PS4 and 3DS, presenting two new features that will make a difference in respect of previous chapters. The first one is a system to restore a past game on another platform introducing a password, and the other is a new skill panel that will make learning new abilities a very different experience.

The new features have been announced through the game’s official Japanese website, where they are showcased with a series of screenshots that explain how each of them works.

The cross-save system takes the name of the “Spell of Restoration” and it consists on entering a code in the adventure log menu. That will make you recover the name of your hero and the progress you have made in the game on another console, which as far as we know includes both PS4 and 3DS versions. This could also mean that a Nintendo fan can start the game on their 3DS and continue on their Nintendo Switch whenever that version comes out.

We will be able to restore our protagonist and start from the point in the story that we left off, but other features like money, level and items will not transfer, starting with a selection predetermined by the game considering which point of the adventure we are at that time. We can learn more about the Spell of Restoration in any church through the game.

Apparently we could also get some extras if we start a new adventure using a code from the original Dragon Quest and Dragon Quest II.

The other new feature announced is a new learning system based on panels in which players will be able to purchase skills and stats increases using skill points gained by leveling up or other unspecified ways. The system is very reminiscing of the License Board from Final Fantasy XII, although in this case each character will have their own unique set of skills according to their weapons and characteristics. For example, the character of Veronica will learn mostly attacking spells and stats related to magic in her panel. The Panel Skills will also have a different form for each character.

Dragon Quest XI: In Search of Departed Time will be released on PlayStation 4 and 3DS on July 29th in Japan, although we still not have any details on a Western release.