The latest news in the world of video games at Attack of the Fanboy
April 11th, 2017 by Jose Belmonte 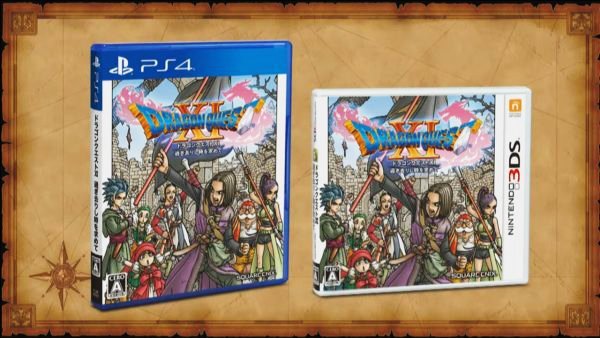 Today Square Enix announced that Dragon Quest XI: In Search of Departed Time will be released on July 29th in Japan, only for PlayStation 4 and Nintendo 3DS for now. The reveal happened during a video presentation with series creator Yuji Horii and other guests, in which they showed gameplay for both versions, and explained new details on the battle system.

Dragon Quest is an extremely famous RPG series in Japan with character designs made by Dragon Ball creator Akira Toriyama. The latest main episode is coming to two very different consoles at the same time: PlayStation 4 and Nintendo 3DS. The team has used those vast differences in power to create two separate experiences that only share the story and settings.

As shown in gameplay videos and trailers, the PS4 version is a modern RPG with realistic proportions, and it lets players use two different types of gameplay for battles: the classic turn-based combat in which they select the orders for each character, and another in which they control only the main hero, but they are able to move him around the battle field. The 3DS version offers the classic look that we’ve seen in other entries released on the console, with a more cartoon look, and it also lets players to view the game as a classic 16-bit videogame.

During the talk it was revealed that the team was actually targeting a May release in Japan in order to make it in time for the 30th anniversary of the series, but they realized the game would not be polished enough at that time. The games will be released in their standard case for each console, and a special edition that bundles both PS4 and 3DS versions in one box.

Out of the talk was any reference to the announced version for Nintendo Switch, clearly implying that it will come at a later date than the other two versions. You can check out the latest trailer of the game with gameplay of both versions, although there is also a a dedicated video for PS4 and 3DS. And if you can’t wait to play a new game of the series, remember that Dragon Quest Heroes 2 has a demo out for PS4 now.