The latest news in the world of video games at Attack of the Fanboy
April 4th, 2017 by Jose Belmonte 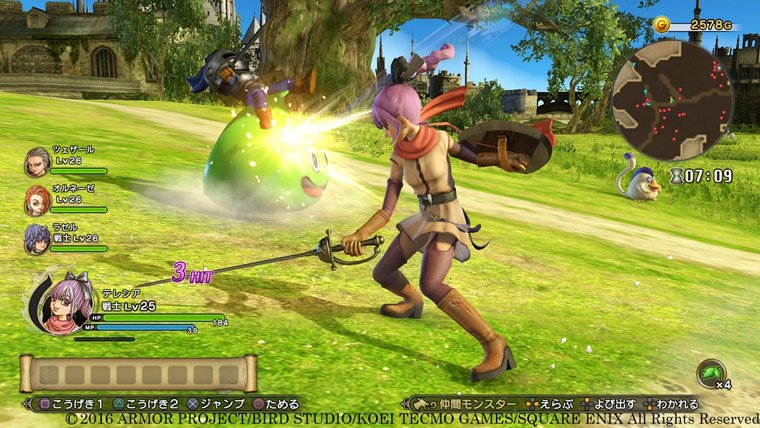 Gearing up for the release of Dragon Quest Heroes 2 on PlayStation 4 later this month, Square Enix has released a demo of the game on PlayStation Store today. Players will be able to check out the gameplay mechanics of this new title, which takes the same musou base of the first entry, and adds some action-RPG mechanics to the mix, resulting in a more satisfying experience for long-time fans.

With them we’ll be able to go through some missions specially designed for the demo, which offers the opportunity to try the different gameplay mechanics of each character. For example, Lazarel uses two swords as main weapon, and is able to cast ice spells, while Teresa uses a sword and a shield, combined with her fire magic. Carver uses her own fists to fight, while Maribel attacks from a distance.

Players will be able to experience the fast-paced combat, with characters facing monsters in real time. As a game closer to the hack-and-slash genre, they’ll be able to launch physical attacks by simply pushing buttons, while the spells can be selected pressing R1.

This PlayStation 4 release also proves to be the most advanced of the console versions, moving the game on a constant 60 frames per second rate.

Dragon Quest Heroes 2 will be released only on PlayStation 4 this April 25th in North America and the 28th in Europe. If you enjoy the demo enough to pre-order the game, you will get a set of 15 in-game weapons, while the PlayStation Store version also grants us with a dinamic theme, a special costume, and the recipe of Healix the Hero for Dragon Quest Builders.