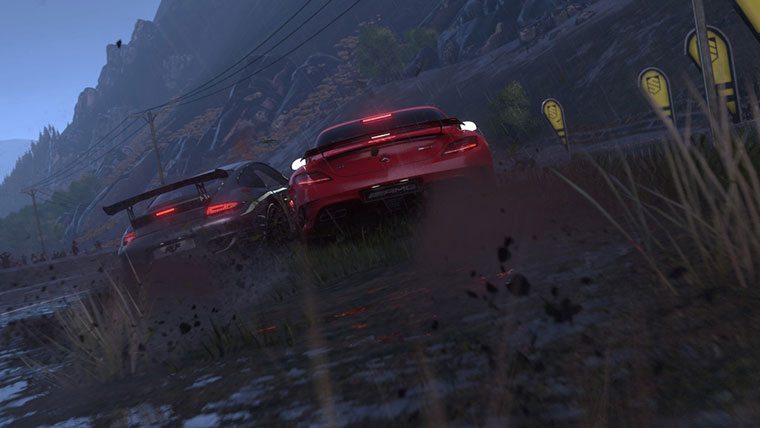 Evolution Studios has revealed dynamic weather in their upcoming racer, Driveclub.  Wind, Snow, Rain, “and everything in between” will have an impact on races in Driveclub, and will be added to the game as a free update, according to a recent post by the developers on the PS Blog.

A couple of videos on Instagram (here and here).

The post reveals that weather will change “dynamically and unpredictably”.  Evolution says that the weather system has been designed to be just like real weather.  “Spots of rain can become torrential downpours or transition into blizzards, quickly or slowly, and when the clouds clear up the tracks will dry out too.”

The announcement did not reveal when Driveclub players should expect the weather update for the game, but at least it will be free.

Driveclub is slated for release later this year, exclusively on the PS4.  The game will offered as a full retail version, but PS Plus subscribers will be able to access a free version of the game as well.  It’s unclear weather these free updates will also impact the PlayStation Plus Edition of the game.