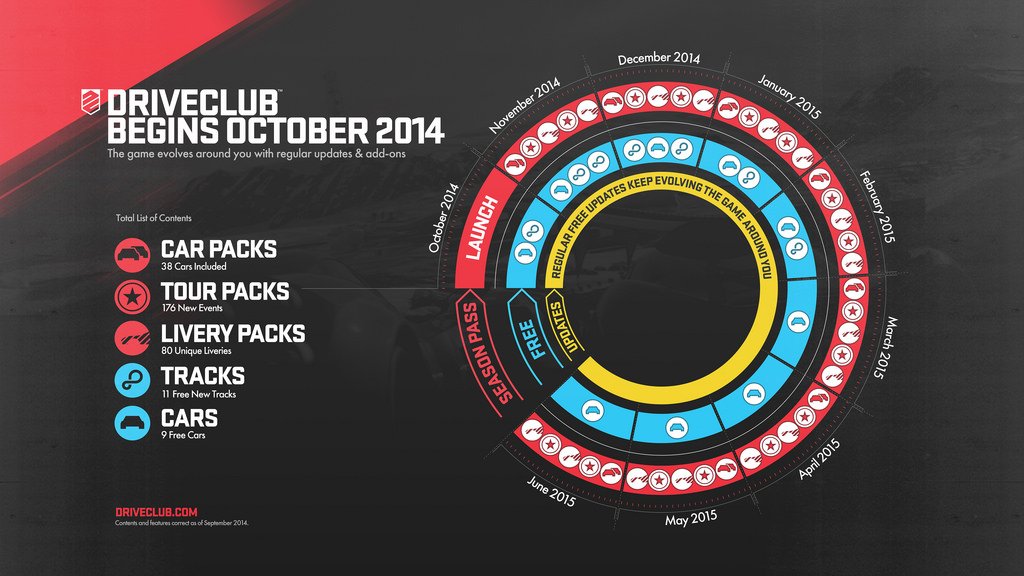 Sony and Evolution Studios have announced Driveclub will have a Season Pass.

The Season Pass for Driveclub gives you access to a number of DLC packs being planned for the game. The Season Pass will cost you $25. You will get several more cars, campaign tour expansions, and trophies that will run well into 2015. This will ensure you will be entertained for months on end. Buying the Season Pass makes you pay 60% less than buying the DLC individually. You get $75.84 worth of content for only $25.

Driveclub is not all about the Season Pass and paid DLC either. Evolution Studios is also offering a lot of content for the game for free. You will get one free car per month starting from October 2014 until June 2015. More tracks will be added to the 25 that are already in the game. It’s pretty cool a lot of extra content is being added for free.

To summarize, Season Pass holders will get 38 cars, 176 new events and 80 unique liveries. In addition to this, 11 new tracks will be added for free as well as 9 free cars. All this content will be available from October 2014 until June 2015.

Driveclub releases exclusively for the PS4 from October 7th. The game promises to keep you occupied until June 2015 for sure.