E3 2016: South Park: The Fractured But Whole Out This December 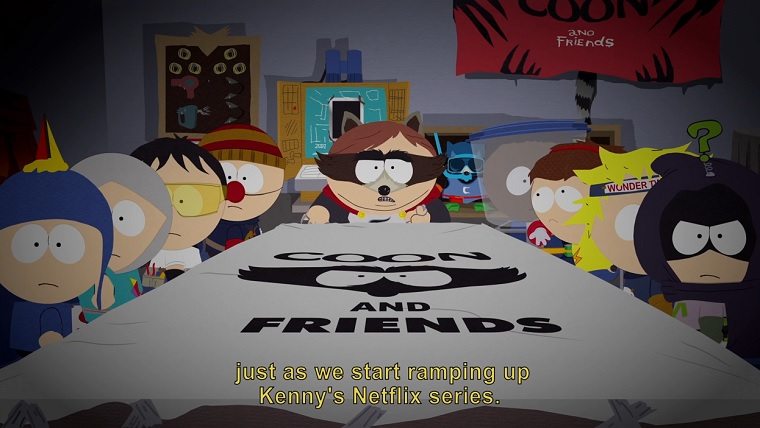 We knew it was coming, but now we know for sure that South Park: The Fracture But Whole is coming out this year. The sequel to The Stick of Truth will launch on December 6th for PlayStation 4, Xbox One and PC.

In this new adventure we have Cartman trying to turn the Coon and Friends into a massive superhero franchise, with multiple phases that bears more than a slight resemblance to Marvel’s The Avengers. You can check out the hilarious trailer at the bottom of this post.

The game’s site reveals that gameplay changes from day to night, as “Not only has South Park grown with new places to explore and new characters to discover, but when the sun sets, havoc and chaos reign as the seedy underbelly of South Park comes alive. At night, a whole new world opens up where your alter ego can harness its powers to do whatever it takes to save the town.”

South Park: The Fractured But Whole will launch for PlayStation 4, Xbox one and PC on December 6th. Check out the new trailer below.

Home / Game News / E3 2016: South Park: The Fractured But Whole Out This December