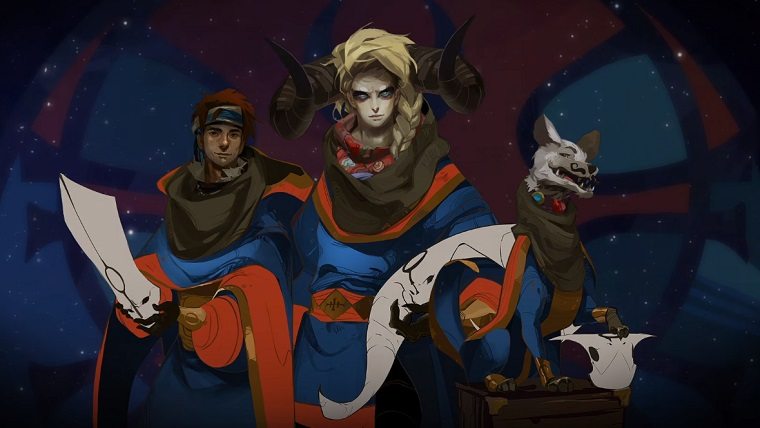 Earlier this year Supergiant Games revealed their new game called Pyre, which is described as a party-based RPG. While we’ve seen gameplay in the form of a demo, the developer has now released the game’s first official gameplay trailer at E3 that you can check out at the bottom of this post.

The synopsis for Pyre is an interesting one, as it has you leading a band of exiles to freedom through a tournament. The gameplay featured in the trailer is brief, but it gives a good idea of what to expect and looks very unique. The narration features a strange voice scolding the protagonist for tampering with forbidden knowledge, with the book revealing the supposed way to freedom.

This will be Supergiant Games’ third game that they have developed, though both of their first two games have been critically acclaimed. They released Bastion in 2011 and Transistor in 2014, and both featured striking visuals and plenty of originality.