Play With Life in Your Pocket: EA Presents The Sims Mobile

The latest news in the world of video games at Attack of the Fanboy
May 12th, 2017 by Jose Belmonte 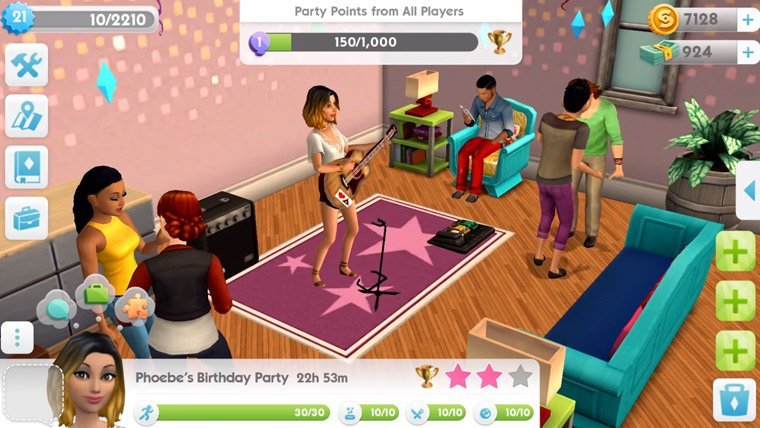 Electronic Arts has a new iteration of The Sims coming to iOS and Android devices. Aptly called The Sims Mobile, the developer is determined to take advantage of the massive appeal of the brand with the most complete Sims game ever released for smartphones and tablets. The free to play title has been created from scratch, prioritizing the design of new characters and decoration elements instead of recycling content from previous entries.

The key features of this new game are related with the more realized social system, with an entirely new set of dialogue options that allows players to build much more complex relationships between characters. Moreover, the new online options will let us engage in more advanced interations, like hosting a house party along with an online friend, where other characters can assist and interact with each other.

The character creation tool has also been redesigned to allow more features and character traits than ever, adding new hairstyles, outfits, accessories, and the chance to choose new professional careers like fashion designer, club DJ, or doctor, while also open the door to new hobbies like cooking, guitar playing, or writing.

A new addition of The Sims Mobile related to these professions is the Family Tree system, in which the career of one of our Sims can open the doors to a more advanced path for his/her descendants. For example, if we set our Sim to be a lawyer, that will allow his grandson to become a judge, or we could have a case where the niece of a professional cook could become a celebrity chef. This opens the door to players shaping up the traits of an entire family, adding a whole new level of customization through time.

But of course, EA hasn’t forgotten that one of the most fun parts of the game is the decoration of our home space, for which The Sims Mobile offers an entirely new collection of furniture, appliances, decorations, etc. Those elements can also be combined to unlock new activities like snuggling on a couch, and customizable spaces like fashion studios, restaurants, or nightclubs.

The Sims Mobile really feels like the closest we have ever been to play a PC version of the series in our pocket. While EA hasn’t confirmed a release date, the game is expected to launch very soon. For now, watch the trailer below.