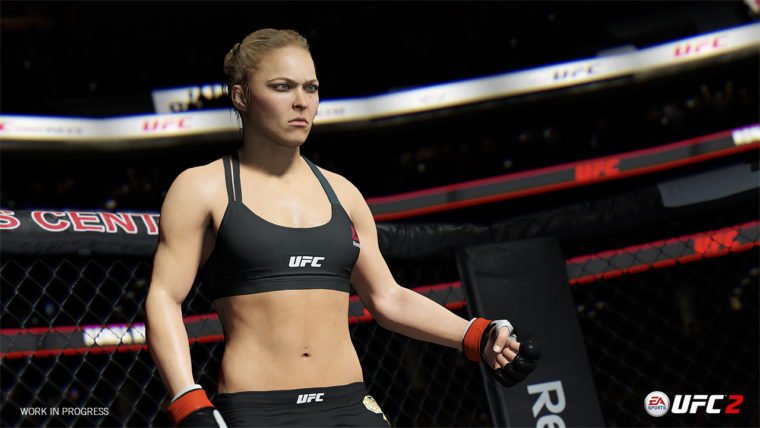 Update: Check out the full roster by clicking here.

The full roster for EA Sports UFC 2 will be revealed sometime tomorrow. The game will have well over 250 fighters in total ranging from every weight class category plus two special guests.

The official EA Sports UFC 2 Twitter page revealed that the full roster will be revealed sometime tomorrow. They showed character models of only some of the fighters that have been confirmed so far.

Mike Tyson and Bruce Lee are the two guest fighters. Mike Tyson is a pre-order bonus for this year’s game while Bruce Lee is unlockable while playing the Career Mode. The only person that has been confirmed not to feature in EA Sports UFC 2 is Brock Lesnar. Lesnar was added as free DLC in EA Sports UFC, but sadly his new WWE contract prevents him from being added to this sequel.

We’ll be sure to let you know the full roster when EA announces it sometime tomorrow. EA Sports UFC 2 releases on March 15th, 2016 for the PS4 and Xbox One platforms.