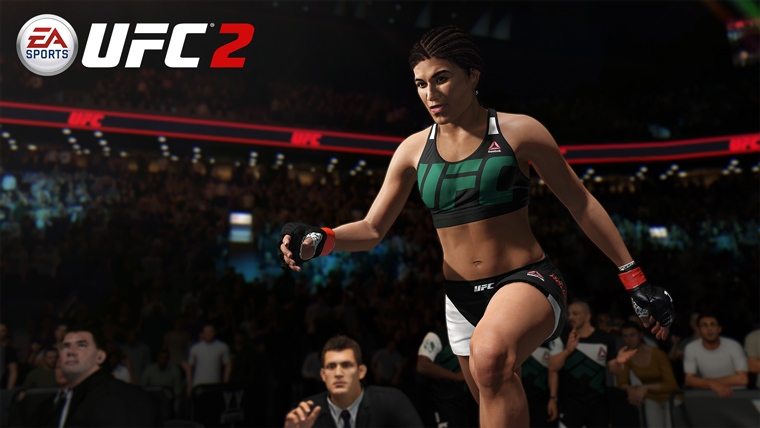 Some new fighters have been added to the first content update for EA Sports UFC 2.

EA posted on all of the details via the official website. The new content update is available now for PS4 and Xbox One and three new fighters have been added to the roster for EA Sports UFC 2.

The first new fighter added to the game is American Sage Northcutt. He is from the Welterweight division and has 7 wins and only 1 loss in his MMA career. He has an overall rating of 87.

The second fighter is from Mexico and her name is Jessica Aguilar. She fights in the Women’s Strawweight division. She has 19 wins and only 5 losses in her career. She has an overall rating of 87 as well.

Here’s what EA said about the third fighter: “Who could this mystery fighter be? We’re not going to spoil it or give you any hints on how to unlock him/her. If you think you’ve unlocked this fighter share it with the world on Instagram or Twitter with the tag @EASPORTSUFC.”

We cannot confirm who it is yet. People have had conflicting comments saying it could be Conan O’Brien or even Bruce Buffer being added as guest characters. If you have unlocked the fighter already, please let us know who it really is.

Update: The mystery fighter is actually Joe Rogan. We’re not sure how you unlock him yet though.