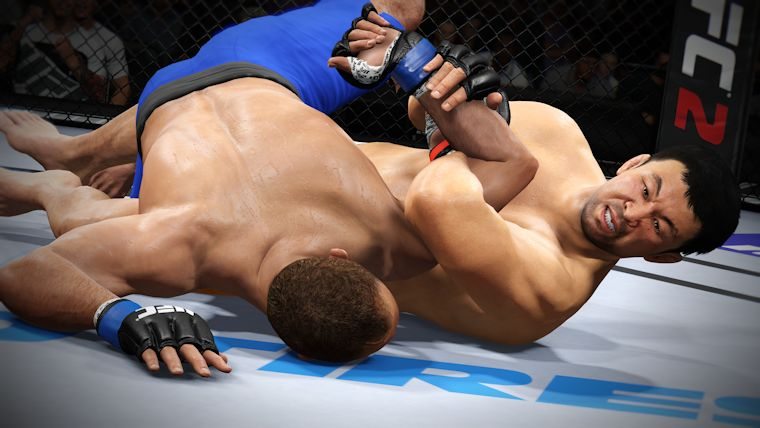 A developer for EA Sports UFC 2 has revealed some of the things that will be improved on in the next update patch for the game.

The early EA Sports UFC 2 update patch notes were revealed by animator Geoff Harrower on his Twitter account. Operation Sports collected some of the tweets that he posted up.

“Reduced damage on consecutive uppercut combos, When two opposing strikes land in quick succession, the 1st will take power off the 2ndm, New strike intercept framework. #stoppingpower #longlivethejab #shutdownspinning**** #timingiseverything, Swaying away from the opponent will put the fighter at risk for higher body damage

If a parry is mistimed, block will no longer be activated automatically, And to maintain balance, submissions from bottom guard have been made a little harder to pull off as well, Made passing guard from postured down position more difficult, Increased grapple advantage given to bottom fighter while top fighter strikes in side control, The bottom fighter’s transition to side control from back side will no longer be interrupted by strikes

Fixed a bug where early or pre-emptive standing TD denials didn’t punish stamina on the fighter who was denied, Getting your clinch attempt denied will now incur a much larger stamina penalty, Clinch attempts will be reduced in speed, making them easier to deny, Diaz Brothers now have the Stockton Slap. and Plus AI improvements”

It’s unknown when exactly the next update patch for EA Sports 2 will be released, but it should be out later this month. The version number will be 1.05. We will post more details on it once it’s actually out.