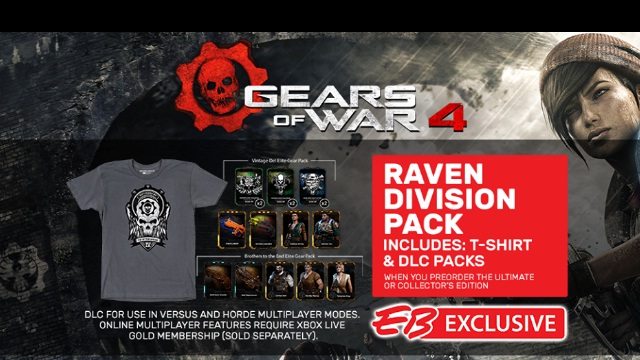 EB Games Australia has announced a few new pre-order bonuses that you can get for Gears of War 4, plus a loot box that will be released for the game. 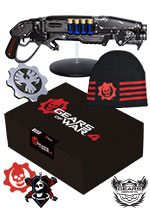 First, the pre-order bonuses for Gears of War 4 were announced via the EB Games Australia Facebook page. By pre-ordering, you get the exclusive “Raven Division Pack”. This includes various DLC for the Horde and Multiplayer modes and a cool looking t-shirt. Bear in mind, this pre-order bonus is only available if you get the Ultimate or Collector’s Edition of the game.

The other thing that was announced was revealed via their website. It’s an exclusive loot box that includes a lot of merchandise from the game itself. Official description is below.

“Get your hands on this exclusive Gears of War 4 loot box! This box is filled with great merchandise sure to add some great items to your collection.”

The loot box is coming out on October 31st, 2016 and is selling for a price of $48 Australian dollars. The game itself comes out on October 11th, 2016 and will be available for both the Xbox One and Windows 10 PC.