The Universe of El Shaddai Will Continue in The Lost Child

The latest news in the world of video games at Attack of the Fanboy
May 23rd, 2017 by Jose Belmonte 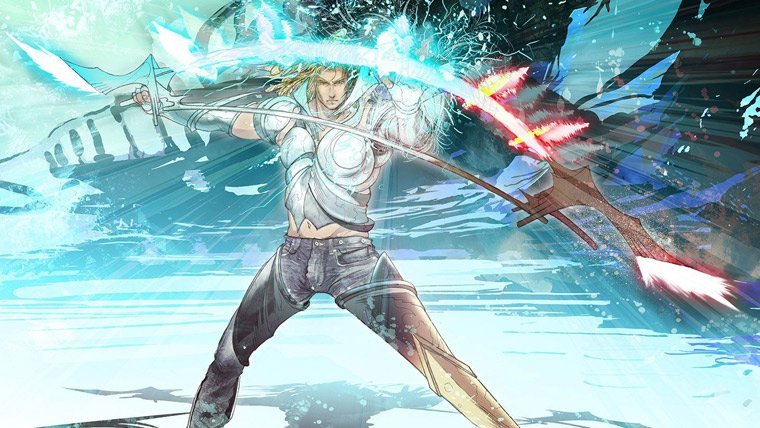 The developer team of 2011’s El Shaddai: Ascension of the Metatron have announced a new game called The Lost Child, expected to release on PlayStation platforms. The title will be a classic turn-based RPG, and it’s expected to expand of the mythology of El Shaddai, to the delight to the numerous fans of the cult RPG.

The Lost Child will be directed by Takeyasu Sawaki, who did the same job in El Shaddai. The new title will exchange the action-oriented gameplay from the previous game for more classic turn-based battles, in which players will select commands to perform different actions. But despite this difference in gameplay, both games will share the same universe and even some of the characters, as is the case of Lucifel, voiced by Ryota Takeuchi in both productions.

The new game will also exchange the Middle Age setting of the original for a modern Japanese setting, with some leakers drawing comparisons with the Shin Megami Tensei series. The fact that this new title has been revealed through the magazine Dengeki PlayStation is a clear sign that it will be released on PlayStation platforms such as PS4 or PSVita at the very least.

El Shaddai: Ascension of the Metatron was a 2011 action-RPG released on PS3 and Xbox 360, and it featured a very distinctive setting influenced by the mythology of angels. The story followed Enoch, a scribe on a quest to find seven fallen angels to prevent a great flood. In his journey he received the help of guardian angel Lucifel, who protects the world that exists beyond the normal flow of time.

The game gathered a cult following thanks to its distinctive art design and mythology, and a combat system that was complex but accessible for all players.

We still don’t have any more information on The Lost Child, but it is expected that we receive the first official image in another Japanese publication.