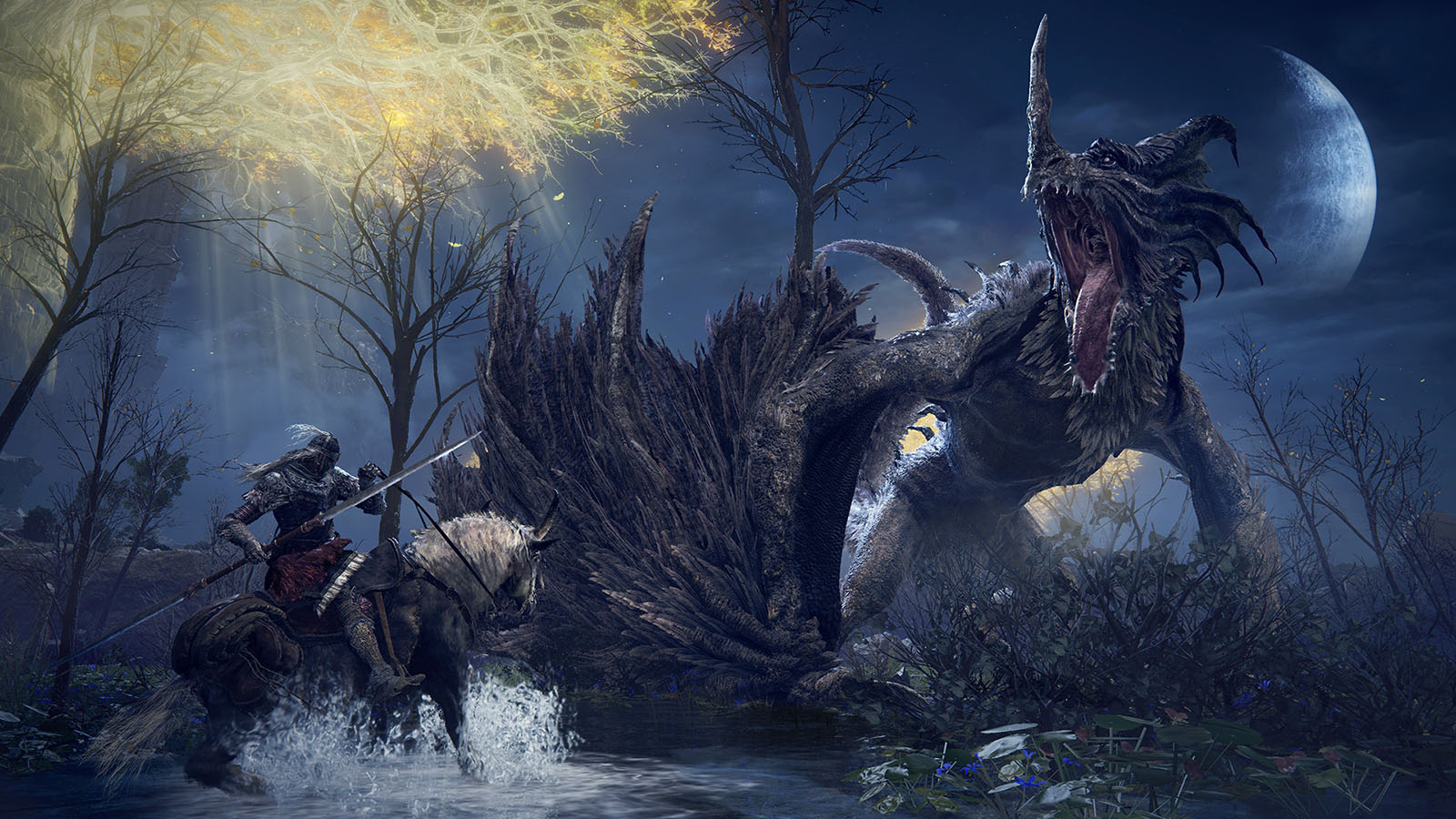 Just as many predicted, Elden Ring made its appearance in this year’s Gamescom, and many news outlets got to check out an exclusive 16 minutes long preview of FromSoftware’s upcoming epic, which, according to many, offered a new glimpse of the title’s might as well as many new details regarding its mechanics, combat, and more.

With that said, we will now talk about all the main points revealed in the preview, according to various news outlets.

First, gaming journalist and host Geoff Keighley revealed 4 new images of the game on his official Twitter profile, where he also revealed that the title is still on track for its release date, expected to take place on January 21st, 2022.

I promised #gamescom wasn't over yet…

Earlier this week @fromsoftware_pr kindly showed me and a few others over 16 minutes of raw gameplay footage on PC. Game is on track for January 21, 2022 release.

Who are you in Elden Ring?

According to multiple reports, the players will, this time, be known as the Tarnished, and will be able of not only fighting but also capable of jumping (Thanks Sekiro).

It was also revealed that players will once again count on the help of a young maiden, called Melina, who will allow them to level up and learn new skills. Yasuhiro Kitao, one of the game’s producers, revealed to Eurogamer that “Melina has got her own ambitions and her own big place in the story, so we hope you enjoy that aspect of it.”

A More Direct Approach to Storytelling

According to Kitao, also to Eurogamer, the game promises to bring a slight change to the Soulborne franchise, providing a more direct approach to storytelling, while also featuring its characteristic style of world-building and lore presentation.

You can check out what the producer told Eurogamer, below, as it is featured in their article,”We’ve seen Elden Ring up close and in action – here’s the complete breakdown”:

“We’re often told that our games have stories that are difficult to understand, but this time we feel that, rather than focusing on just the world itself, the characters and the drama surrounding them will paint a clearer picture of the mainline story and help players become more immersed in the story than ever before.”

An Open-World Full of Life, Danger, and Possibilities

Also, according to Kitao, in his interview for Polygon, present in their article “Elden Ring might be FromSoftware’s Breath of the Wild”, the game’s center stage, known as ”The Lands Between”, will offer players a world ”filled with threats and discoveries.” But that’s not all, since the game will also feature a map (that’s right) where players will be able to mark locations and create routes to their many destinations, be it dungeons, temples, or boss fight locations. All possessing their own biome, being a new world by itself.

It was also revealed that the game will also allow players to fast travel between the open areas present in the game, once they unlocked their ”bonfires”, while also allowing them to summon their ”Spirit Steed” to speed up their travel through the unknown lands.

The Bonfires are back, well… Sort of

According to many news outlets, the game will feature safe locations, as they are present in all the developer’s big titles, which will be called Site of Lost Grace/Light, and where players will be able to rest, recover health, customize their skills accordingly to their preferred weapons, and much more.

According to Polygon’s article, Elden Ring’s combat will be similar to FromSoftware’s previous games, all while offering players a wide variety of combat-oriented techniques, such as ”sword combat, archery, magic spells, stealth, and arrows that will put enemies to sleep.” Also, according to Polygon, the game will also feature a new combat mechanic, called Guard Counter which will offer faster attacks after a successful block.

In the game, players will also be able to master a wide selection of weapons, thanks to the game’s new skill system, which can be freely tweaked. Also, in Elden Ring, the Tarnished will be able to summon companions, but differently from the system present in Dark Souls and Bloodborne, the mechanic will be directly related to crafted items.