Elden Ring Players Are Gaslighting Each Other Into Hitting Walls

Hidden Path ahead! Or maybe Liar Ahead? 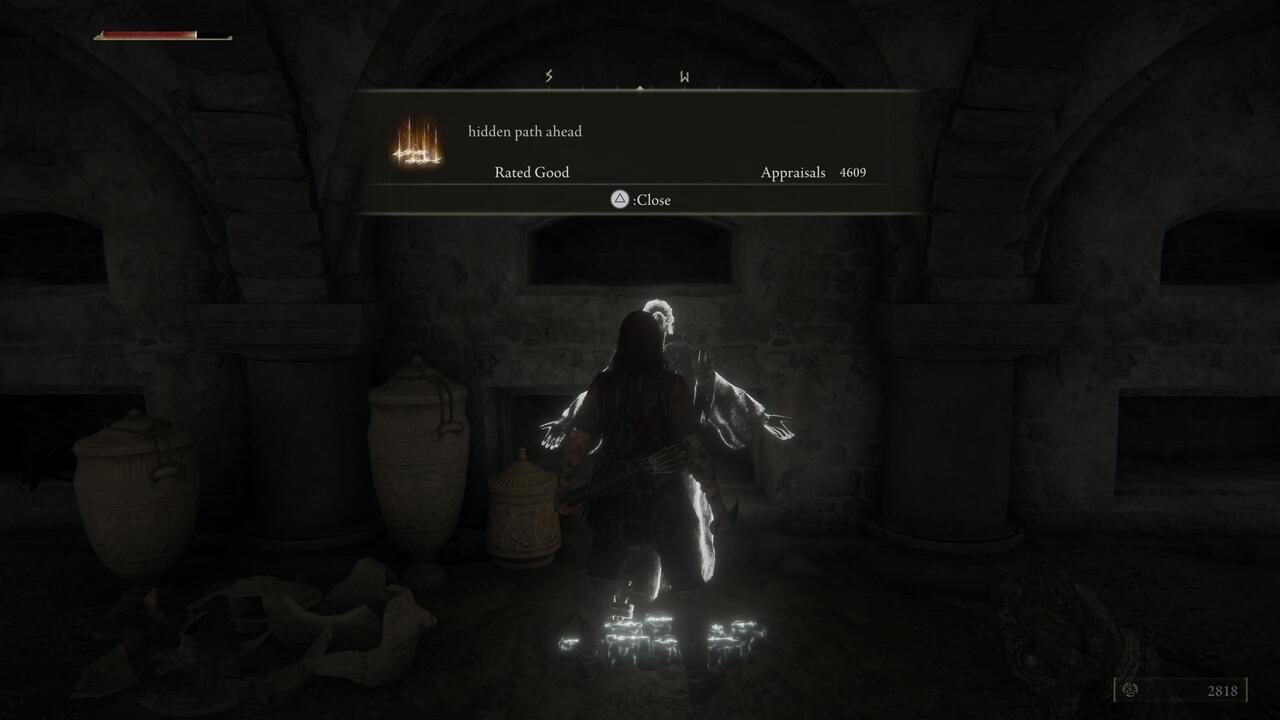 Elden Ring players are tricking fellow Tarnished into hitting random walls causing a hilarious controversy in the game. These “Hidden Path Ahead” messages are flooding the dungeons of Elden Ring.

Fromsoftware’s Dark Souls games have always had troll messages left by players in order to trick others. While “Try Jumping” at the edge of a cliff is an easy lie to spot, “Hidden Path ahead,” is far more difficult to spot as a lie.

Elden Ring, like the games that came before it, has “illusory walls” that reveal a hidden room when hit. Considering the concept of messages are meant to help other players navigate the game after you, it is easy to fall for the trap of the hidden path. While there is no consequence whatsoever to smacking a solid wall, it is incredibly disappointing to hear that awful clang when you know you have been lied to by your fellow Tarnished and have wasted valuable gaming seconds smacking a rock wall like an idiot. Many players have taken to Twitter in order to confess their grievances with those who place down these traps.

There's a special place in hell for people who drop messages in Elden Ring that say "secret ahead" next to walls that absolutely have no secrets behind them.

However, the hidden path lie is far from the only wall trolling going on. Many players who frustratingly smack a wall because of a lying message leave behind a warning message, “Liar ahead,” to warn their fellow Tarnished. Pranksters have taken things a step farther by placing down “Liar ahead” messages in front of actual “Illusory Wall Ahead” messages. This means that players trying to avoid the trick messages by believing “liar ahead” ones are missing out on some cool hidden secret rooms!

As stated above, there is very little consequence for hitting a real wall in Elden Ring, but it is certainly interesting how the fanbase is using the messages to troll one another. While this is not uncommon in previous games it seems as though these messages are left in almost every room, dungeon, or cave wall in the game.

It is not a bad thing to have these harmless tricks pop up every so often, but when they are constantly appearing it can become a bit obnoxious. That said many fans of FromSoftware games probably enjoy the joking between players more than newbies to Souls-like games.

New players who have grown frustrated with these tricks should try to realize that it is not uncommon for these types of games to troll their players. It is only fair that the players get to jump in on the shenanigans in any way they can, and telling someone to smack a wall is one of the most harmless ways to do that.