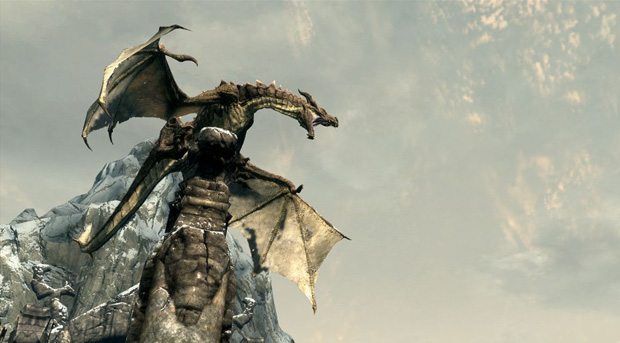 It’s been awhile since we’ve gotten any new information about The Elder Scrolls V: Skyrim, as the preview cycle has run its course, and Bethesda has given up “most” of the details they’re willing to divulge at this point.  However, new information comes from Germany on the game, where in a recent preview the magazine details some of the finer points of the game that haven’t been covered up to this point.

The new information which was found on the Bethesda forums is as listed below and has been confirmed legitimate by Bethesda representatives.

– Some dragons are friendly, at least to the point of holding conversations with the player

– Some level of economic simulation is in, with the prices of goods reflecting the state of the world

– Blowing wind will whip up the surface of bodies of water

– In addition to the five major cities, there will be eight or nine smaller settlements to visit

– You can buy houses again

– Children will appear in some form in-game

Well it’s nice to know that a seeing a dragon doesn’t instaneously pull you into a deathmatch for your life, conversing with a “friendly” one does seem to put a new twist on things.