The latest news in the world of video games at Attack of the Fanboy
February 3rd, 2016 by William Schwartz 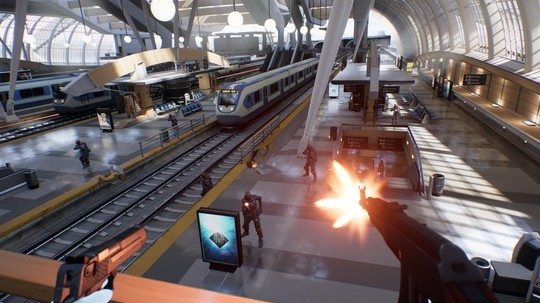 The creator of Unreal Engine 4, Epic Games, has been teasing for several days the announcement of VR related news for tomorrow. Many of the Virtual Reality companies with games in development have been using the engine, such as HTC, Oculus Rift, and Sony. According to Community Manager, Chance Ivey, of Middleware’s forums has revealed that a stream will commence at 14:00 ET, February 4th, 2016.

The stream will feature the CEO of Epic Games, Tim Sweeney, Senior Designer Nick Donaldson, and Technical Director Mike Fricker.  According to the message left by the community designer, fans will be excited: “We’ve got some exciting new things to discuss with you all this Thursday. Stay tuned more more [sic] information and mark your calendars!”

As to the project that could be announced? I can’t think of any obvious giveaways, but Epic Games last showed a VR tech demo for something called Bullet Train, on the Oculus Rift at the Oculus Connect 2 developer conference in 2015. While the prospects of VR are still up in the air, I had a chance to try Oculus Rift and actually came away impressed. Whatever Epic Games announces, I’ll be watching with a close eye.