Epic Mickey getting an E3 overhaul 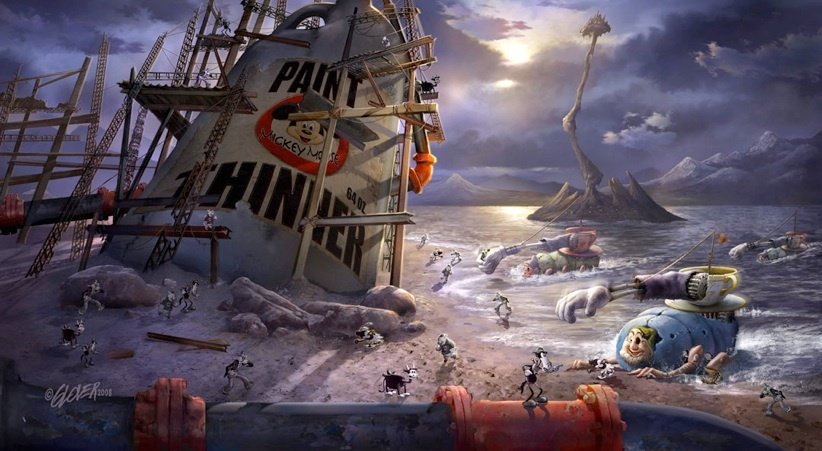 It’s being rumored that Epic Mickey is set to reveal a visual revamp at the coming expo.  Not since Feburary has anything been heard from the lovable mouse.  Rumor has it that the games graphics aren’t quite up to par with the concept art that got everyone so excited for the game [CVG].  A French site by the name of Kingdom Hearts Island broke the rumor this weekend

Epic Mickey , the game that will put us in the shoes of the famous mouse will be present at E3, which takes place next June. The rubbery aspect of the game featured on the first images, had disappointed many people, after the artwork of the game, which gave a steampunk style in the world of Disney movies.

If we have recently learned with relief the levels shown on the said artworks will be featured prominently in the game, it seems that developers of Junction Point studio want to reassure all the fans. In fact, many rumors are circulating on Epic Mickey: The version presented to the Los Angeles auto show should have big improvements and most have little to do with the images until now.

This is excellent news for all players disappointed by the first glimpses of the game, which seemed far from the world promised to the base. For even if the atmosphere is not steampunk appointment, we can still hope to find the game on another day.

Also, a rumor would place the release of Epic Mickey at September 17 (for States U.S.) but it remains to be confirmed. – Kingdom Hearts Island